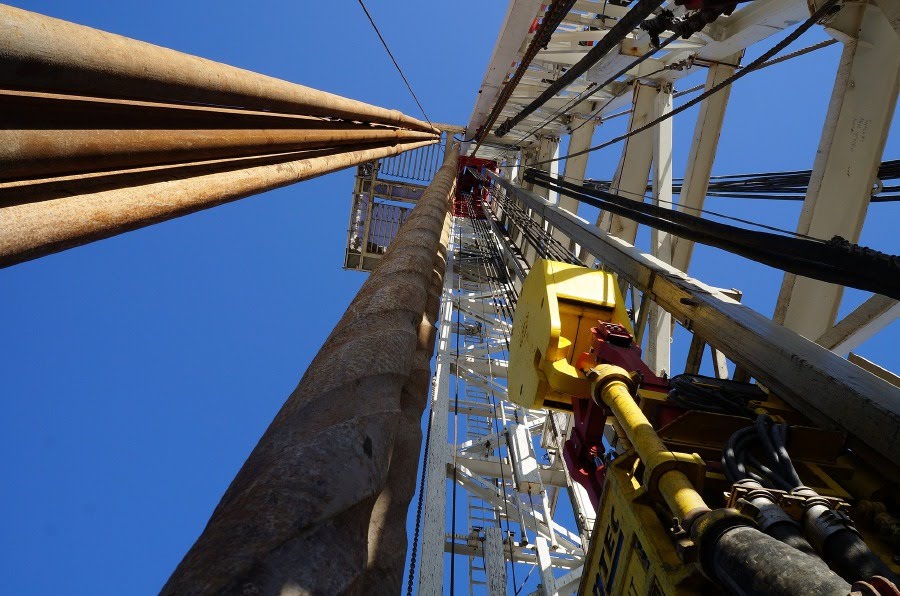 At the heart of the investment is a reported $10 billion refinery and oil complex in the strategic Gwadar Port on the Arabian Sea, the ultimate destination for the massive multi-billion dollar China Pakistan Economic Corridor, which lies not far from the Indo-Iranian port of Chabahar.

And a number of major investment deals are expected to be signed during a visit, officials from both countries have told AFP.

Riyadh and Islamabad, decades-old allies, have been involved for months in talks to hammer out details of the deals in time for the high-profile visit.

“The outcome of the talks so far has been very positive and this is going to be one of the biggest-ever Saudi investments in Pakistan,” a Pakistani senior finance ministry official told AFP.

“We hope that an agreement to this effect will be signed during the upcoming visit of the Saudi crown prince to Pakistan,” said the official, requesting anonymity.

Riyadh investments are expected to provide a lifeline for Pakistan’s slumping economy which was downgraded in early February by S&P ratings agency from a B to a B-, Saudi economist Fadhl al-Bouenain said.

“Saudi investment to Pakistan comes within an economic aid package aimed at relieving the stress of external debt and a shortage of foreign currency, besides boosting the sluggish economy,” Bouenain told AFP.

The OPEC heavyweight also aims to achieve strategic and commercial goals with investments in infrastructure and refinery projects, he said.

Saudi Arabia and its Gulf partner, the UAE, have already deposited $3 billion each in Pakistan’s central bank to help resolve a balance of payments crisis and shore up its declining rupee.

They have also reportedly deferred some $6 billion in oil imports payments as Islamabad has so far failed to secure fresh loans from the International Monetary Fund.

Khan has already visited Riyadh twice since taking office in July and in October attended a prestigious investment conference widely boycotted by other political and economic figures after the murder of journalist Jamal Khashoggi.

“One of the goals for Saudi Arabia expanding investments in refining worldwide is to secure market share and sustainable exports in the face of international competition,” Bouenain said.

Saudi Energy Minister Khalid al-Falih visited Gwadar in January and inspected the site for the proposed oil refinery at the deep sea port, just 70 kilometres (45 miles) away from its Iranian competitor, Chabahar.

He was quoted by local media as saying the kingdom was studying plans to construct a $10 billion refinery and petrochemicals complex in Gwadar.

Like most oil suppliers, the world’s top crude exporter has been investing heavily in refinery and petrochemicals projects across the globe to secure long-term buyers of its oil.

A pipeline from Gwadar to China would cut the supply time from the current 40 days to just seven, experts say.

Developed as part of China’s Belt and Road Initiative with investments worth some $60 billion, Gwadar is being billed as a regional industrial hub of the future, easily accessible for Central Asia, Afghanistan, the Middle East and Africa.

“Pakistan needs a rich partner to enter as a third party besides China, capable of injecting needed cash,” Bouenain said.

But so far China has rejected other partners for the corridor that seeks to connect its western province Xinjiang with Gwadar, including Saudi Arabia and UAE, said James M. Dorsey, a senior fellow at Singapore’s S. Rajaratnam School of International Studies.

This is despite calls by Khan “for the Chinese investments to be restructured to include agriculture and job-creation sectors and not only in infrastructure“, Dorsey told AFP.

Any Saudi investment in Gwadar will also have geopolitical dimensions, Dorsey said.

India has seen Chabahar as a key way both to send supplies to Afghanistan and to step up trade with Central Asia as well as Africa.

But Riyadh is not expected to get involved in any Indo-Pakistani rivalry and the kingdom also has major strategic energy deals with New Delhi, where demand for oil is growing fast.

Indeed in April, the Saudis signed a $44 billion deal to build a huge refinery and petrochemicals complex in western India. — AFP