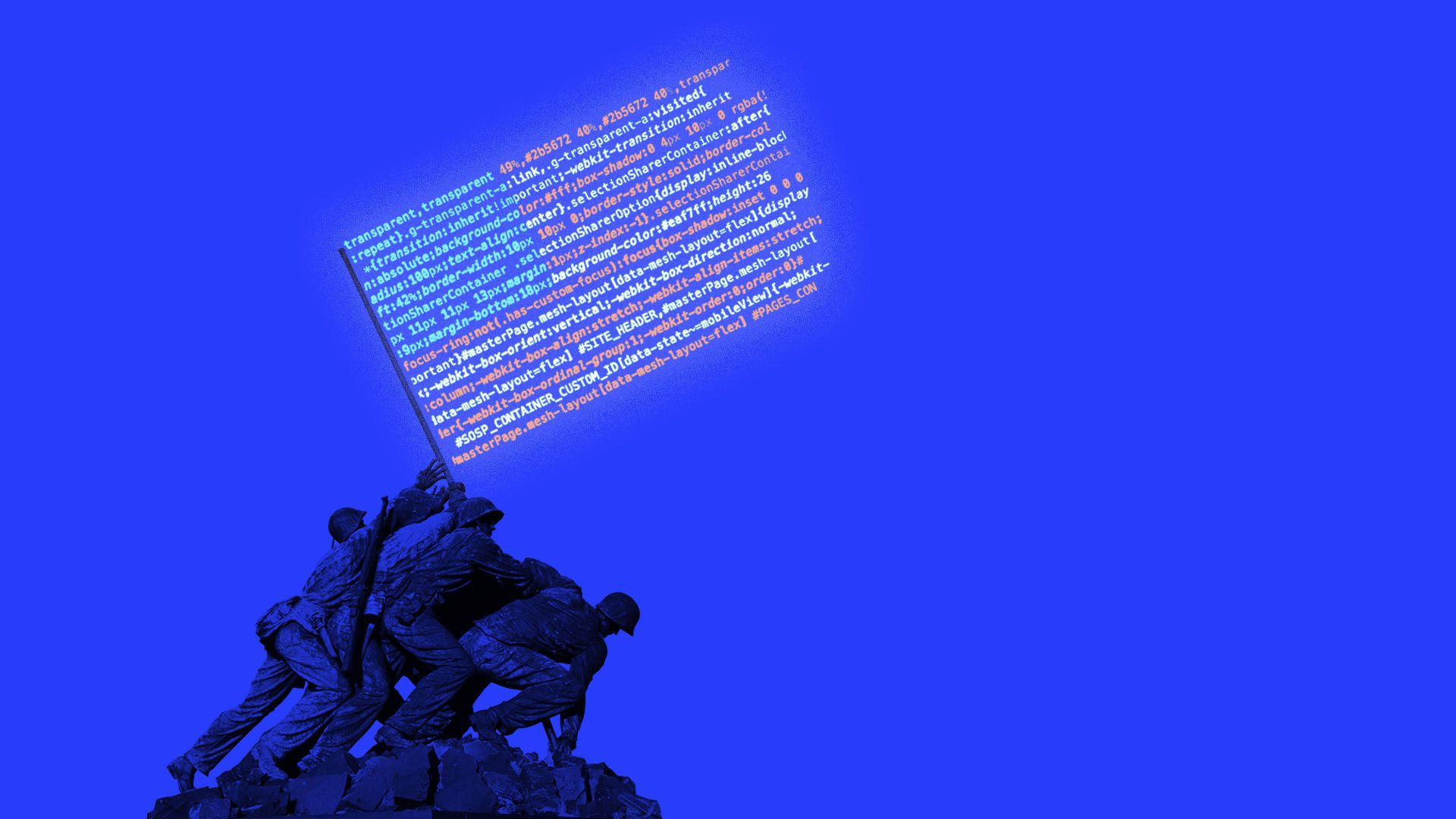 From Kaveh Waddell in the Axios Future newsletter ... On the heels of a sweeping new U.S. plan to retain dominance in artificial intelligence, the Pentagon has cast Chinese development of intelligent weapons as an existential threat to the international order.

A day after the release of an executive order by Trump that omits naming China, the Defense Department, in a new AI strategy document, speaks in stark terms of a "destabilizing" Chinese threat. It states...

"Failure to adopt AI will result in legacy systems irrelevant to the defense of our people, eroding cohesion among allies and partners, reduced access to markets that will contribute to a decline in our prosperity and standard of living, and growing challenges to societies that have been built upon individual freedoms."

Details: The new document, a public summary of a classified strategy developed last year, calls for the Pentagon to realign itself drastically. The DOD paper promises to deploy AI "rapidly" and "iteratively," and to enable "decentralized development and experimentation."

But, but, but: This realignment is a tall order. The Pentagon is not an agile software team but an enormous, slow-moving beast, hobbled with the inertia of outdated technologies and strategies, as Axios reported previously.

"There remains an obvious tension between the deliberate and sometimes slow processes required to develop ethical principles for AI's use in military contexts and the kind of rapid iteration and experimentation with 'forward edge' technologies that the strategy also champions."

Silicon Valley, not just the old-school military-industrial complex, is a vital audience for the document.

Working with tech companies and startups is essential to the military's AI strategy, says Larry Lewis, director of the Center for Autonomy and AI at CNA, a research organization.

What's next: Forthcoming ethical guidelines from the Pentagon for military use of AI.