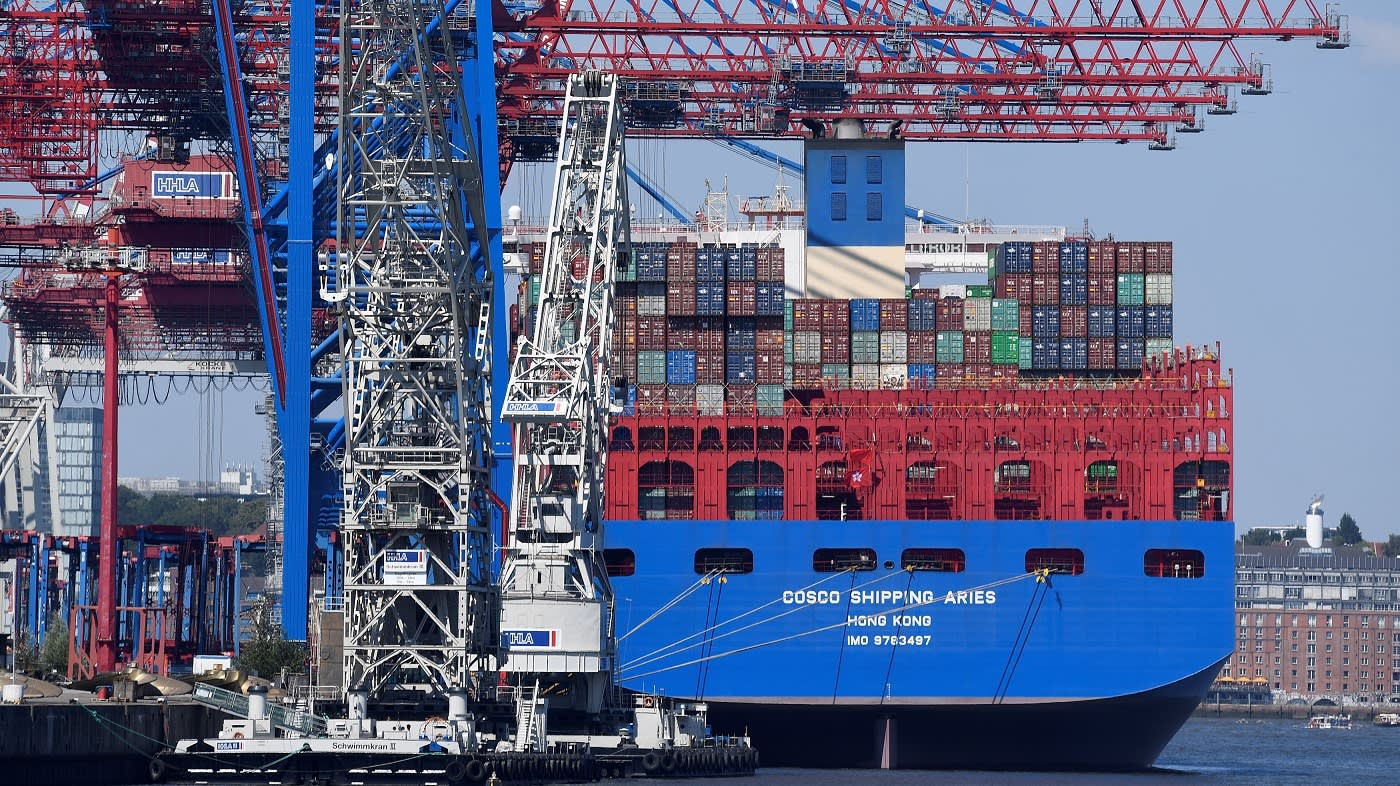 Cosco Shipping Ports, which has terminal operations around the world, is making its first foray into South America.    © Reuters

Cosco Shipping Ports signed last month an agreement with Peruvian mining company Volcan to buy a 60% stake in the operator of Chancay terminal, a major hub on the coast north of the capital, Lima.

With water as deep as 16 meters, the port can accommodate enormous ships, according to Cosco. Plans are underway to build a new terminal at the port.

As a vanguard of China's global Belt and Road program, Cosco has actively invested in port facilities around the world in recent years. It has acquired the Greek port of Piraeus, near Athens, and obtained rights to use the Dutch port of Rotterdam and Abu Dhabi terminals in the United Arab Emirates. The group now operates 52 ports and terminals around the world, and is expected to continue its expansion.