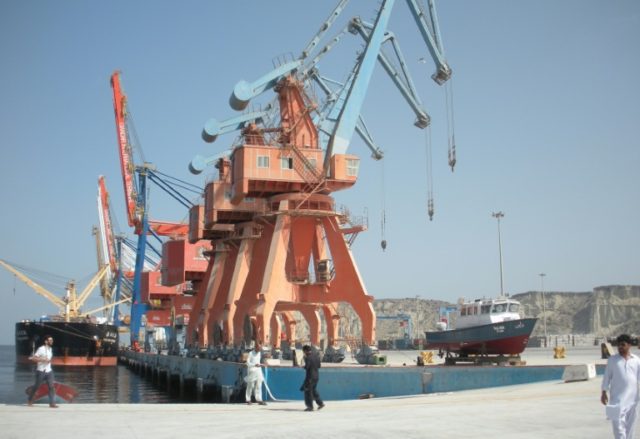 A Chinese corporation in a statement on Wednesday dismissed Islamabad’s accusation of corruption in connection to one of the largest transportation infrastructure projects in Pakistan under Beijing’s ambitious Belt and Road Initiative (BRI) as “groundless.”

Murad Saeed, the communication minister in Pakistan, leveled the CPEC-linked corruption accusations against the official, the Dawn daily notes.

The Most Corrupt Big City in America Has Dem. Leadership, Welcomes Illegals - Study

In a statement issued to the state-run Global Times on Wednesday, the Chinese company declared that all its business activities and all other operations are “fully in compliance with Pakistani laws and regulations,” adding:

[The motorway project] immensely benefits Pakistani people and symbolize China-Pakistan friendship. We are proud to participate in this project. The whole tendering and bidding process and award of the contract have been made in accordance with local laws and international practices.

The Chinese firm claimed the estimated 245-mile CPEC project is progressing along on schedule.

Near the end of that year, Pakistan, Nepal, and Myanmar pulled out of three major hydroelectricity BRI projects, citing “tough financing terms,” “financial irregularities,” and lack of interest, respectively, Voice of America (VOA) reported in December 2017.

In October 2018, Pakistani officials reportedly slashed the budget for a massive CPEC railway project by $2 billion as concerns over Pakistan’s debts to China intensified.

U.S. armed forces and independent officials have described China’s BRI project as a threat to the United States, arguing that it is being used to undermine the security and economic architecture of the international order by expanding Beijing’s influence, promoting its socialist/communist ideology, and possibly masking its a military activities, assertions that Beijing denies.

Beijing’s BRI, also known as the modern-day “Silk Road,” is expected to be a massive network of land and sea transportation infrastructure connecting China to more than 60 countries in Asia, Europe, the Middle East, Africa, and even Latin America.

American officials have warned that China is using BRI as a vehicle to push its “predatory” lending practices, also known as “debt trap diplomacy,” intended to undermine the sovereignty of borrower countries.

Mushtaq Khan, an economist and former chief economic adviser at the State Bank of Pakistan, told Nikkei Asian Review in March 2018 that Islamabad’s debt to China is rising.

Khan argued, however, that China “cannot afford” to bankrupt Pakistan due in part to its importance to keep mutual rival India in check.

“China’s primary interest in Pakistan is geopolitical rather than strictly economic, and therefore, for China, repayment of the debt burden will be secondary to maintaining a good political and economic relationship with Pakistan,” he declared.

China has long been Pakistan’s ally, providing the cash-strapped country with economic loans and military equipment.

Some countries are beginning to reject China’s BRI, conceding that its promises are just too good to be true.

Bloomberg noted this past December:

After an unprecedented run of funding large-scale investments in projects from railways to highways in poorer countries across Asia, governments are adopting a far more cautious approach to China’s grand plans for what it regards as its backyard. From Malaysia to Sri Lanka, simmering voter anger over deals perceived as unfair or corrupt are prompting close examination, investigation and even suspension of projects until recently taken for granted.

In Pakistan, terrorists angered by Beijing’s investment have attacked the Chinese consulate and workers and projects linked to BRI.