Balochistan wants Centre to protect its rights in deals with S. Arabia 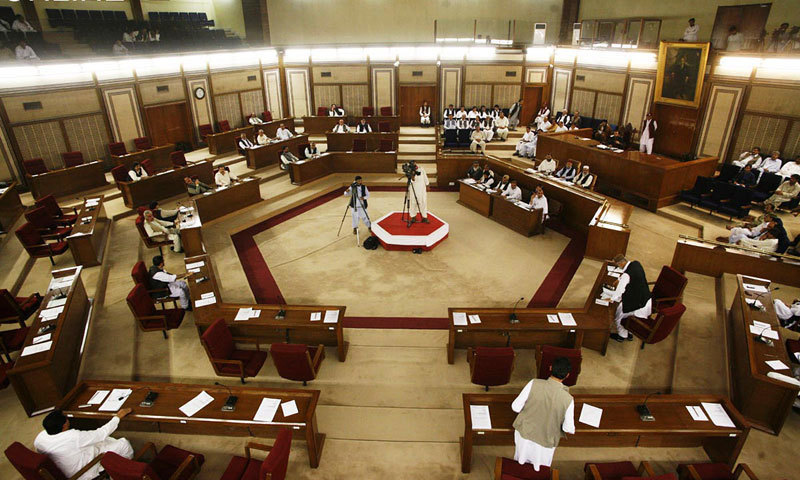 QUETTA: The Balochistan Assembly through a unanimously adopted resolution has called upon the federal government to ensure that interests and rights of the people of the province are adequately protected while reaching any agreement with Saudi Arabia on the setting up of an oil refinery in Gwadar.

The resolution was jointly moved by Provincial Minster Zamarak Khan Piralizai and BNP-Mengal’s Sana Baloch in the provincial assembly on Saturday.

The assembly session was presided over by Deputy Speaker Sardar Babar Khan Musakhail.

The resolution said that the Balochistan government and lawmakers of Balochistan must be taken into confidence before signing the agreements with Saudi Arabia on the oil refinery and other development projects on the soil of Balochistan.

Members of the government and the opposition taking part in the discussion on the issue said that they had no objection to the investment of any country in Balochistan, but they just wanted to be sure that rights and interests of the people of Balochistan had been adequately protected and guaranteed in the investment agreements being signed with foreign countries.

Moving the resolution, Sana Baloch said that in the agreements aspects such as providing technical assistance, technical training to workers of Balochistan and environmental issues should also adequately guaranteed and protected in the agreements.

He said that the Balochistan Assembly and provincial government should be taken on board on every agreement being signed for investment on the soil of Balochistan.

He said that if lawmakers of Balochistan and representatives of the provincial government were ignored in these crucial matters, the sense of deprivation among the masses of Balochistan would increase and they would feel alienated and sidelined.

He said any agreement signed without the approval of the Balochistan cabinet would have no legal status.

Provincial Minister for Information Mir Zahoor Ahmed Buledi said that the provincial government from day one was taking steps to protect the rights of the people of Balochistan and it had decided that the land of the province would not be sold to any investor or company and it would only be given on lease and the government would keep the ownership rights of it.