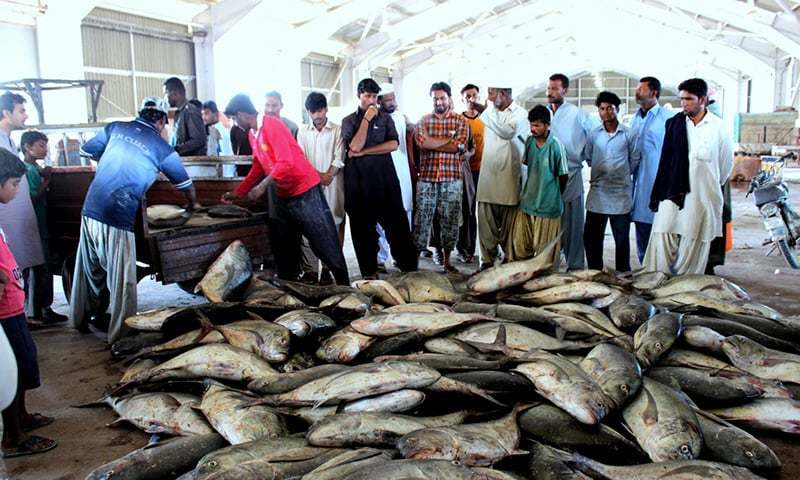 QUETTA: Balochistan Chief Minister Jam Kamal Khan Alyani has proposed reconstruction of Pasni Fish Harbour with all modern facilities at some other place in the area to protect rights of fishermen of the area as the present harbour cannot be made functional.

Presiding over a meeting to review performance of Pasni Fish Harbour, he said the government would definitely make all those government institutions functional which were at present not functioning.

It also reviewed a plan to construct eight new jetties in coastal areas of Makran and directed the Board of Revenue to complete the process of providing land for the purpose.

Speaking on the occasion, the chief minister expressed anger over non-functioning of Pasni Fish Harbour for the last 10 years, but an amount of Rs1.5 billion was spent on payment of salary to employees and staff of the harbour.

Mr Alyani said that fish harbours and jetties across the world not only provided jobs to people, but also strengthened local economies. But unfortunately in Balochistan the situation was different and these institutions and departments were not playing effective role in providing jobs to people and strengthening the economy of the province, he added.

The chief minister directed authorities concerned to consider running all harbours and jetties of coastal areas of the province under an authority and through public-private partnership and advertise the plan in newspapers to attract interested investors.