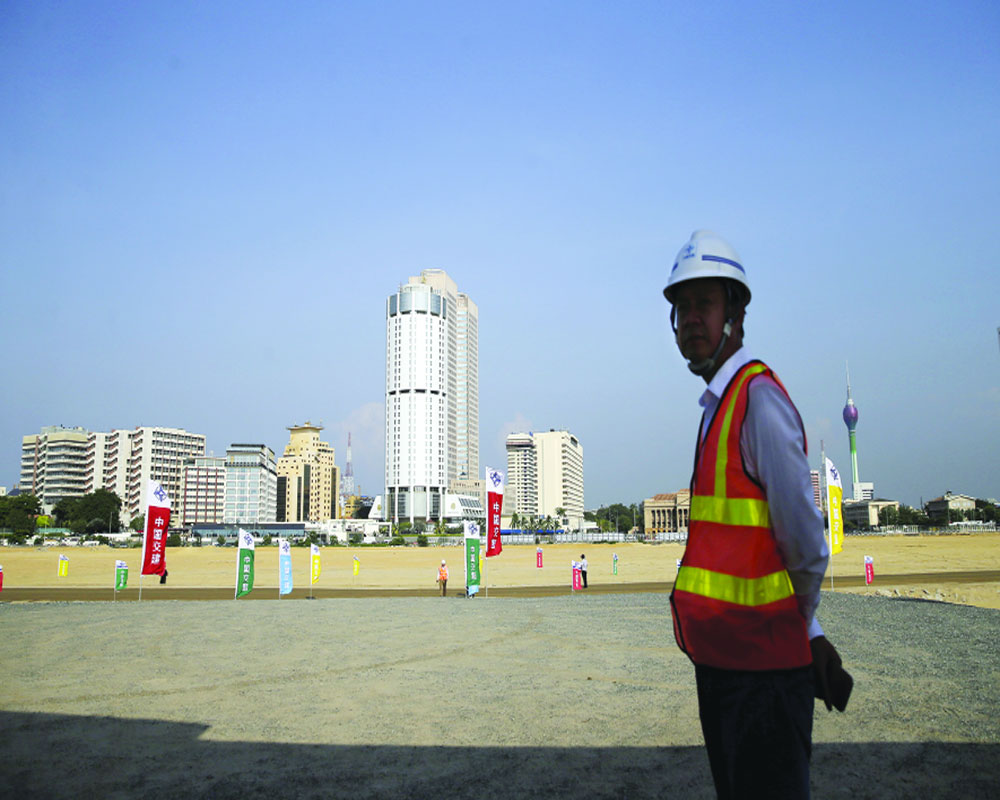 Despite BRI and CPEC posing threats to the regional peace and order, the world powers seem reluctant to contest it seriously. The only serious opposition to CPEC is from the Baloch people of Balochistan. In case, China and Pakistan succeed in building the roads, railway tracks and military bases under CPEC, Beijing will surely be able to reshape the world order, and will also be able to encircle India

Under the leadership of Xi Jinping, China is rapidly emerging with an ambitious global agenda to extend its economic and military influence worldwide and thereby reshape the world order. The Belt and Road Initiative (BRI) is a manifestation of China’s desire to establish economic and military hegemony over vast resource-rich regions in Asia and Africa and to dominate the European and American markets.

Though China portrays the BRI as a scheme of connectivity and economic partnerships with countries and regions, in reality it is a cover for expanding military presence in those regions through dual use infrastructure.

To achieve economic and military hegemony, China is employing the “debt trap” policy in the most effective way. In December 2017, China got the control of newly built port of Hambantota due to Sri Lanka’s inability to repay debt.

According to reports, Kenya is also facing the risk of losing control over the port of Mombasa to China under similar circumstances.

The China-Pakistan Economic Corridor (CPEC) is the BRI’s flagship project. Gwadar, a city of great geographic importance, is at the heart of this project. The CPEC project not only provides the shortest land route from Kashgar to Gwadar, but it also allows access to important sea routes and connects China with its bases at Djibouti, Hambantota and Mombasa.

China and Pakistan deny military use of the CPEC, but the project actually provides military bases to China at different strategic points off the Baloch coast. This is meant to ensure Chinese military hegemony over the Arabian Sea, the Indian Ocean and the most significant sea lane of the Strait of Hormuz.

In case, China and Pakistan succeed to build and make operational the roads, railway tracks and military bases under the CPEC, the former will surely be able to reshape the world order, dominate the vast resource-rich regions of Balochistan, West Asia, Central Asia, Horn of Africa and beyond. China will also be able to encircle India, the largest democracy and a large market.  China will use the Gwadar port to overshadow the ports of Dubai and Chabahar.

Land route from Kashgar to the Gwadar port will certainly reduce Chinese dependence on sea routes passing through the waters of countries which are at loggerheads with China. In case of any conflict with the South China Sea contestants, the CPEC will provide an alternative supply route to Chinese markets. Such an advantageous situation for China will obviously generate enormous threats to regional and world security, peace, prosperity, democratic values, human rights and freedoms because both China and its client state of Pakistan profess anti-democratic ideologies and support authoritarian Governments.

Despite the fact that the BRI and the CPEC pose obvious threats to the world and regional peace and order, the world powers seem reluctant to contest it seriously. The only serious opposition to the CPEC is from the Baloch people of Balochistan.

China has entered into agreements with Pakistan over Balochistan, where people see Pakistan as an unlawful occupier and exploiter. These agreements are in violation of the ownership and proprietary rights of the people of Balochistan over their land, sea and natural resources. With Chinese technology, machinery and money, the CPEC will strengthen Pakistan’s ability to continue its exploitative rule and plunder natural resources of Balochistan. China and Pakistan are already extracting gold, copper, silver and iron from Saindak and other mines in Balochistan. The CPEC will also alter the demography of coastal Balochistan rendering the Baloch people a minority in their own motherland.

Balochistan’s opposition to the CPEC is  a matter of the people’s survival as a nation, their ownership and proprietary rights over their own land, sea and natural resources.  Its freedom movement is a key check to Chinese hegemonic designs in the region. For instance, an independent Balochistan would provide a safe corridor of connectivity, trade and transit for South Asia, West Asia, Central Asia and East Africa. It would provide safe access to Afghanistan and Central Asia. An independent, secular and democratic Balochistan will possess the potential to be instrumental in the promotion and augmentation of democratic and secular values in the terrorism-affected regions of South Asia, West Asia, Central Asia and Afghanistan.

With its unique location, huge depots of mineral resources, democratic and secular values, Balochistan will become an epicentre of regional cooperation and connectivity, economic development, trade, transit and combating religious extremism and terrorism.

(The writer is former Secretary General of Baloch National Movement. He tweets at @RahimBaloch)