Xiongan: A land-powered economy in the making

Xiongan has come under the spotlight again as Chinese President Xi Jinping paid his second visit to the new area, which is currently under construction. The last time Xi went there was in February 2017 when preparation was underway for the establishment of a future city sprawling across the three counties of Xiongxian, Rongcheng and Anxin in Hebei Province.

Back then, the once quiet towns under the city of Baoding rose to prominence overnight. Over the past two years, Xiongan has been a buzzword for media outlets world, and also the talk of the town throughout China. Local residents consider the policy a pie from the sky that will bring them jobs, high-quality education and healthcare services as well as a better environment.

Reports on everything about Xiongan, from housing prices to rust belt rejuvenation to ecological civilization, have continued to make the headlines.

Xiongan's rise is symbolic of China's focus on the economic development of hinterland regions in recent years. Though inland routes were once hubs of influence as part of China's ancient Silk Road, cities along the coast such as Shanghai, Ningbo, Shenzhen and Guangzhou enjoyed much of the economic glory over the decades.

However, the spotlight of economic rejuvenation once again shines on inland cities, as President Xi's Belt and Road Initiative breathes new life into regions such as Xiongan. Its creation, to a certain extent, could be seen as a challenge of land power against sea power.

Notably, China's particular push toward hinterland urbanization differs from similar drives in the past because Xiongan is to be free of the heavy manufacturing development that has characterized rising inland regions such as Wuhan and Chongqing.

The shift to hinterland development is empowered by a booming hi-tech industry, an extensive road network combining high-speed rail and highways, as well as the design concept of a city cluster. 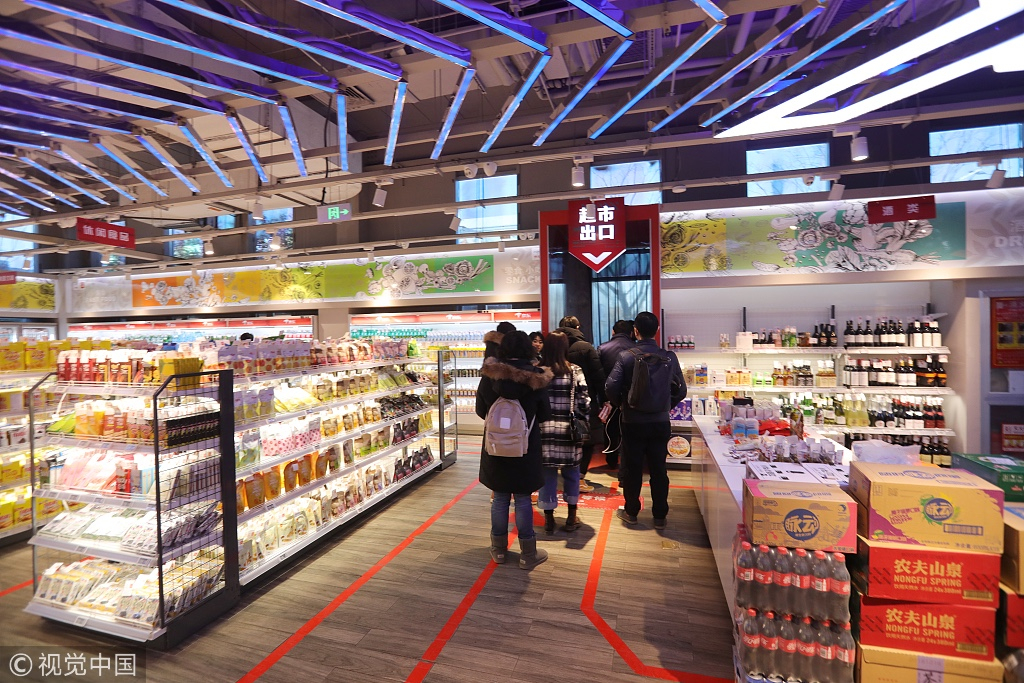 According to official announcements, the Xiongan New Area is designed to be a hub of innovation that has already attracted domestic tech giants to establish branches there.

Domestic tech giants such as Huawei, Tencent, Alibaba and iFlytek have already established offices or registered affiliates there. “These firms form a hi-tech innovation alliance in the new city,” said a source who was part of a delegation that received Xi on Wednesday.

Moreover, Xiongan serves as a testbed for 5G technology, with China's big three telecoms operators aiming to deploy the fastest rollout of any generational mobile technology. China Mobile, for example, has set up a research and development institute to build a 5G network and facilitate intelligent transportation. 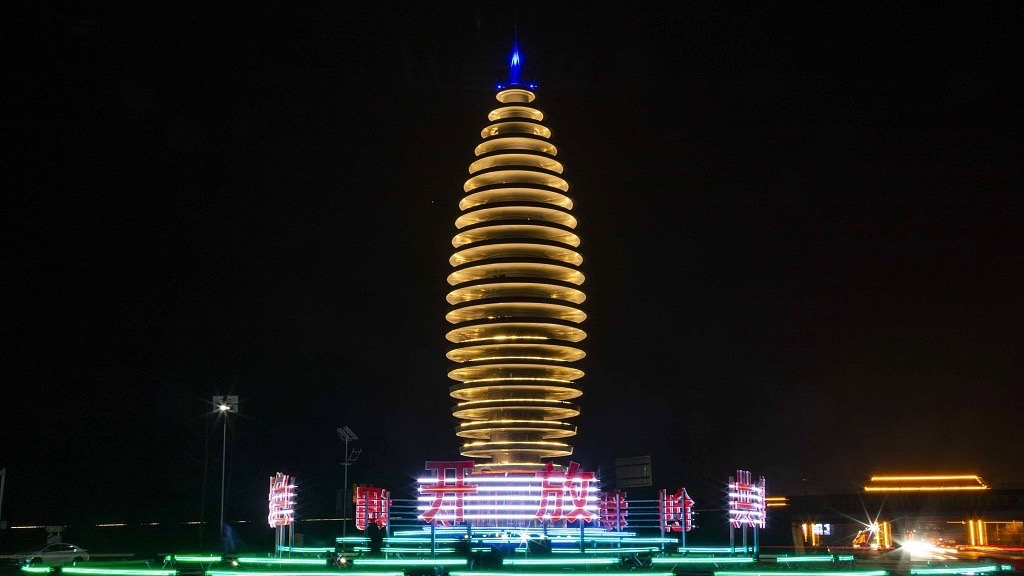 Xiongan is also expected to serve as the nexus for the planned metropolitan integration in north China known as Beijing-Tianjin-Hebei region because high-speed rail will make travel from the area to the other cities much more convenient.

In fact, Asia's largest train station has already begun construction here, and is scheduled for completion in 2020. This flow of transportation and human capital is fundamental to injecting vitality into the inland hub and realizing its goals to becoming a truly 21st-century city. By then, it will take only 20 minutes to go from Xiongan to the new Beijing Daxing International Airport, noted the source. 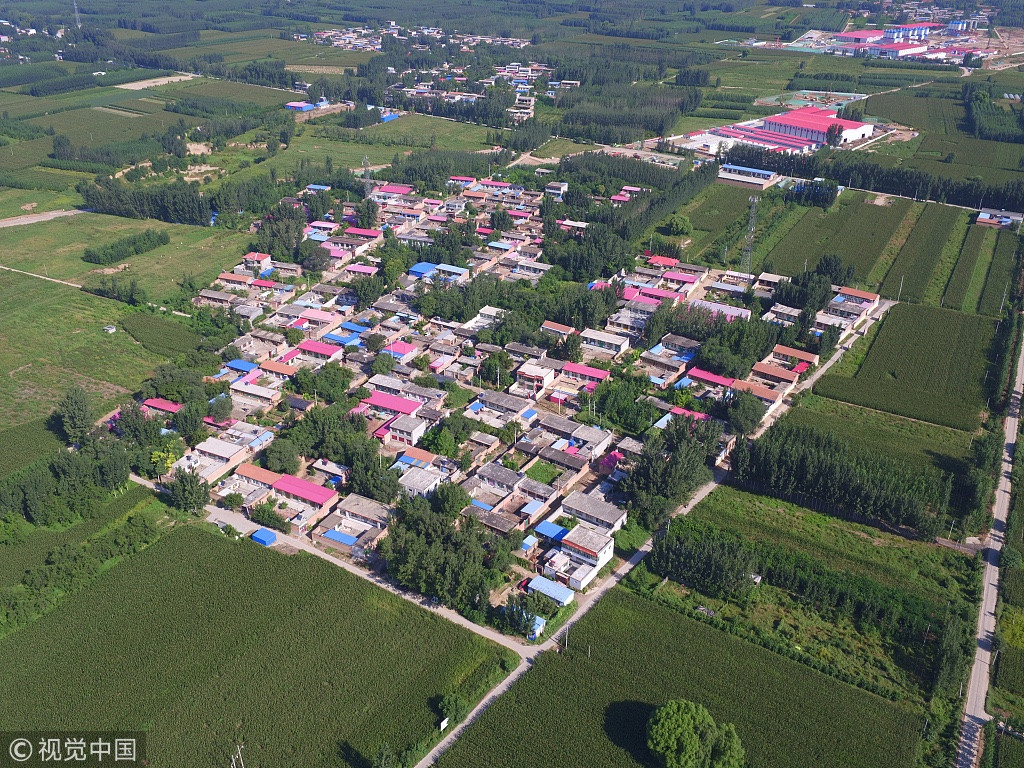 A model of city clusters

The building of Xiongan New Area, a key move to transfer Beijing's non-capital functions, must proceed with high standards, President Xi said on Friday during an inspection tour across the Beijing-Tianjin-Hebei region.

Its proximity and ease of travel to Beijing and Tianjin mean that Xiongan can shoulder the burden of certain functions performed by those cities. Since high population densities and congested traffic are urban plights that are particularly salient in the Chinese capital, building up the area and developing a mega-region would create city clusters where people could live, work and play without having to gravitate toward an overpopulated center.

Real estate development will also be tightly controlled, as housing there aims to provide people in the area with livable spaces instead of incentivizing rampant speculation. Intelligent urban planning from traffic lights to self-driving cars is expected to create a world-class city essentially from the ground up.

The new city is a linchpin to the Beijing-Tianjin-Hebei region that will be unlike anything before it, and could be the poster child for China's next stage of reform and development aimed to boost both land power and sea power economies.