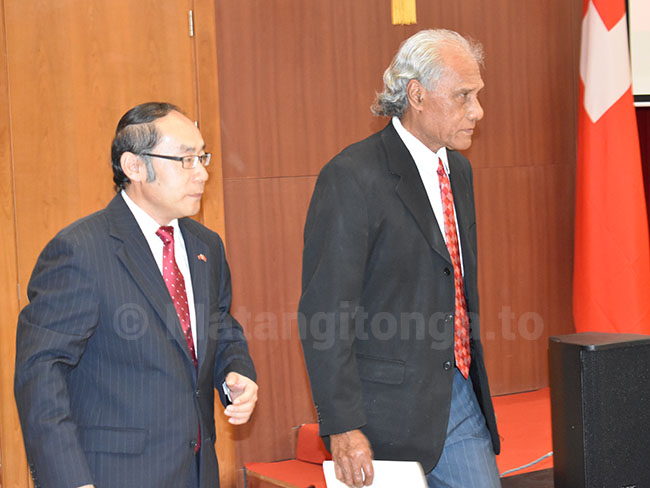 Lopeti pointed out that Tonga’s active participation in China’s BRI has been driven forward with China’s aid to Tonga, which focused on the construction of infrastructure, roads, bridges, public buildings, and also on the agenda is the construction of sports facilities at the Tonga High School compound.

It has been reported that through the BRI, China wants to connect participating countries infrastructure and to encourage them to open their markets to China and facilitate trade, and to link their financial markets to China. Since 2013 China has invested USD900 billion in BRIrelated infrastructures around the world.

Tonga's PM Pohiva signed the Memorandum of Understanding of the BRI in Nuku’alofa on November 12, then he told President Xi Jinping of China in Port Moresby on November 16, 2018 that Tonga was “delighted to join the Belt and Road Cooperation.”

President Xi Jinping responded by encouraging Tonga to become an active participant in building the BRI.

Through the BRI, it was also reported that China will connect the affiliated countries, open their markets to China and facilitate trade to link their financial markets to China.