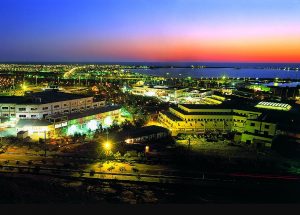 EXECUTIVE SUMMARY: Pakistan is stepping through a minefield as it concludes agreements on investment, balance of payments support, and delayed payment oil deliveries with Saudi Arabia and the United Arab Emirates worth $13 billion. These deals are likely to spawn growing distrust in its relations with neighboring Iran.

Next month, Pakistani PM Imran Khan expects to sign a memorandum of understanding with Saudi Arabia on a framework for $10 billion in Saudi investment, primarily in oil refining, petrochemicals, renewable energy, and mining. The signing is to take place during a planned visit to Pakistan by Saudi Crown Prince Muhammad bin Salman.

The memorandum follows the kingdom’s rewarding of Khan for his attendance at a foreign investors summit in Riyadh in October that was shunned by numerous CEOs of Western financial institutions, tech entrepreneurs, and media moguls, as well as senior Western government officials, because of the killing of journalist Jamal Khashoggi on the premises of the Saudi consulate in Istanbul.

Khan walked away from the summit with a $3 billion deposit in Pakistan’s central bank as balance of payments support and a promise to defer up to $3 billion in payments for oil imports for a year.

The United Arab Emirates is expected to conclude similar agreements with Pakistan in the coming weeks.

The most sensitive investment is likely to be a plan by Saudi national oil company Aramco to build a refinery in the Chinese-backed Baloch port of Gwadar, which is close to Pakistan’s border with Iran and the Indian-backed Iranian 486-hectare port of Chabahar. Both Pakistan and Saudi Arabia are monitoring progress in Chabahar with Argus eyes.

A potential Saudi investment in troubled Balochistan’s Reko Diq copper and gold mine would further enhance the kingdom’s foothold in the strategic province.

As always, the devil could be in the details of the Pakistani-Saudi investment agreement. Haroon Sharif, the chairman of Pakistan’s Board of Investment, cautioned that foreign investment would require a “better law and order situation and ease-of-doing-business opportunities.”

Pakistan’s security situation has somewhat improved in the past year, but the country continues to risk blacklisting by the Financial Action Task Force (FATF), an international money laundering and terrorism finance watchdog. It runs this risk because of the Pakistani military’s selective support for militants, as well as the close ties between militants and political parties – including Khan’s own Pakistan Tehreek-e-Insaf (PTI).

An additional layer of complexity springs from the fact that funds from the kingdom have been flowing into the coffers of ultra-conservative, anti-Shiite, anti-Iranian Sunni Muslim madrassahs in Balochistan. It is unclear whether the funds originated with the Saudi government or with Saudi nationals of Baloch descent and members of the two million-strong Pakistani diaspora in the kingdom.

Saudi Arabia sees the Pakistani region as a potential launching pad for an effort by the kingdom and/or the US to destabilize the Islamic Republic by stirring unrest among its ethnic minorities, including the Baloch. While Saudi Arabia has put the building blocks in place for possible covert action, it has given no indication to date that it intends to act on proposals to support irredentist action.

The flow of funds coincided with the publication in November 2017 of a study by the International Institute for Iranian Studies, formerly known as the Arabian Gulf Centre for Iranian Studies, a Saudi government-backed think tank, that argued that Chabahar poses “a direct threat to the Arab Gulf states” that calls for “immediate counter measures.”

Iran’s Revolutionary Guards were the target of a rare suicide bombing in December in the port city that killed two and wounded 40.

The attack “underscores the anti-regime sentiment boiling under the surface in provinces such as Sistan and Balochistan and Khuzestan, as well as security vulnerabilities in Chabahar and beyond,” said Brian M. Perkins, a risk management consultant and former US Navy signals intelligence analyst.

Khuzestan is an impoverished, oil-rich province in Iran that is home to that country’s ethnic Arab community. Chabahar is located in the Iranian province of Sistan, and Balochistan boasts the country’s highest unemployment rate.

Bolton, in a recent policy speech in Cairo, asserted that the US has “joined the Iranian people in calling for freedom and accountability… America’s economic sanctions against the [Iranian] regime are the strongest in history, and will keep getting tougher until Iran starts behaving like a normal country.”

Bolton was referring to harsh US sanctions imposed after Trump last year withdrew the US from a 2015 international agreement that curbed Iran’s nuclear program.

Desperately in need of financial support and investment, Pakistan’s agreements with Saudi Arabia and the UAE come at a moment when “Pakistan-Iran relations are at a crossroads,” according to Muhammad Akbar Notezai, the Dawn newspaper’s plugged-in Balochistan correspondent.

This is a far cry from four years ago, when the Pakistani parliament refused a Saudi request that Pakistani troops join the kingdom’s ill-fated military intervention in Yemen. Iran now sees Pakistan as a Saudi ally in the kingdom’s rivalry with Iran.

Similarly, Pakistan fears that Chabahar will allow India to bypass Pakistan in forging closer economic and political ties with Iran as well as with Afghanistan and Central Asian nations. Pakistani analysts expect an estimated $5 billion in Afghan trade to flow through Chabahar  now that India has started handling the port’s operations, a transition that occurred last month.

Pakistan is further concerned that Iran, in response to the Saudi funding that its sees as part of an anti-Iranian US-Saudi plot, could step up support for Baloch nationalists in a bid to raise the stakes for the South Asian nation.

In November, the nationalist Baloch Liberation Army claimed responsibility for an attack on the Chinese consulate in Karachi, Pakistan’s commercial and industrial heartland.

Writing in the Pakistan Security Report 2018, published by the Islamabad-based Pak Institute for Peace Studies (PIPS), Notezai noted that “to many in Pakistan, such concerns were materialized with the arrest of Kulbushan Jadhav, an Indian spy in Balochistan who had come through Iran. Ever since, Pakistani intelligence agencies have been on extra-alert on its border with Iran.”

The journalist warned that “the more Pakistan slips into the Saudi orbit, the more its relations with Iran will worsen… If their borders remain troubled, anyone can fish in the troubled water. This is what is [already] happening in the border region.”

Dr. James M. Dorsey, a non-resident Senior Associate at the BESA Center, is a senior fellow at the S. Rajaratnam School of International Studies at Singapore’s Nanyang Technological University and co-director of the University of Würzburg’s Institute for Fan Culture.