Pakistan gears up for Chinese tourists 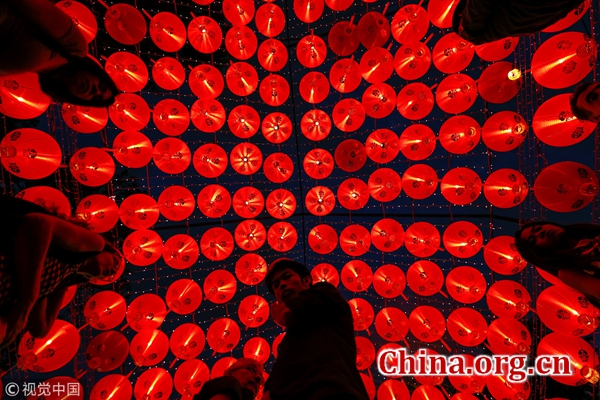 People walk on a street decorated with Chinese lamps to celebrate the Lunar New Year in Bangkok, Thailand January 26, 2017. [Photo/VCG]

As China progresses towards becoming the world's largest economy, its citizens have gained increased spending power. Their increased outlays are not only encouraging domestic consumption but also helping the global economy.

Tourists from China made 140 million visits abroad last year and spent more than US$120 billion, according to data from the China Tourism Academy. Chinese travelers are increasingly looking for unique destinations in their neighborhood.

While growing political uncertainty and diminishing facilitation for foreigners in traditional tourist hubs of the west are discouraging visitors from China, its neighbors are working hard to offer a lively and welcoming experience.

Pakistan presents itself as an exquisite choice for those who prefer less-traveled roads. Although the U.S. based Forbes magazine has only just decided the country is one of the 10 coolest places to go to in 2019, Chinese tourists have been coming to Pakistan ever since the establishment of strong diplomatic channels in the 1950s. Enjoying unmatched goodwill among the Pakistani public, they are also facilitated by a visa-on-arrival service and a complete waiver of visa fees.

Pakistanis are even breaking the language barrier with China, with thousands enrolled in local Confucius institutes to get to grips with Mandarin. On the financial side, all leading banks have established dedicated Chinese desks and Alipay will shortly begin local operations.

Rapport with China has been further built up with the launch of the China-Pakistan Economic Corridor (CPEC) – the southern prong of the Belt and Road Initiative (BRI). Since its inception, there has been an extraordinary influx of Chinese business travelers who have incidentally discovered the unexplored beauty of the country. 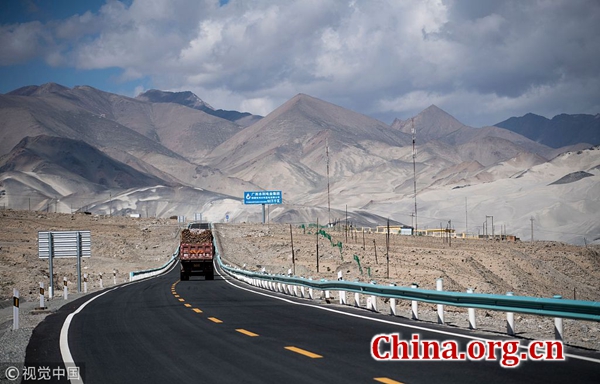 This picture taken on June 27, 2017 shows a truck driving along the China-Pakistan Friendship Highway. [Photo/VCG]

The road link between the two countries has existed since 1979, when the Karakoram Highway (Friendship Highway) was constructed to connect China's Xinjiang Uygur Autonomous Region with Gilgit Baltistan. After improvements since the inception of the CPEC, it is now open year round and a luxury bus service runs on the route from Lahore to Kashi in Xinjiang.

For those on a tight budget, ride-hailing services and accommodation sharing platforms form the backbone of their trip to Pakistan. Others with more cash, however, can use an increasingly comfortable transportation system and luxurious hotels spreading even into the remotest areas.

Hotel occupancy rates have been at a record high since Pakistan successfully purged a decade-long insurgency from its soil. In the affected areas, the government is presently setting up new hill stations to take advantage of the majestic mountain terrain of the north and northwest.

Pakistan was a prominent stopover along the ancient Silk Road. Taxila, a city in northern Pakistan, was a Buddhist heartland where caravans used to make routine stopovers. Its archaeological remains are preserved to this day, creating a much-frequented destination for those wishing to trace the footsteps of bygone traders.

Buddhism, one of three major teachings of Chinese philosophy, has deep roots in Pakistan. From the 7th century, during the Tang Dynasty, Chinese monks frequently made spiritual trips to areas now in Pakistan.

The rich history of Pakistan lives on in the form of colorful festivals such as the Basant in Punjab and Chilam Joshi in Chitral. Cultural days of different regions also retain the indigenous heritage of different provinces.

Despite its relatively small geographical area, Pakistan has a full seasonal range. Seeking to escape the tough winters of northern China, vacationers can enjoy the warm and golden beaches of Gwadar from November to February, while an escape from the Chinese summer from May to July is available for trekkers hiking up to base camps of the northern mountains.

The potential of Chinese tourist spending can be harnessed through online travel platforms, and Pakistani tour operators are being encouraged to build an active presence on these apps.

China's Spring Festival is just around the corner. Most Chinese traveling at this time are heading for their home towns and a family reunion though, more are now heading towards tourist hotspots within and outside China. If Pakistan manages to woo even a fraction of these, it will be a game-changing revolution for its tourism industry.

Daniel Hyatt is a Pakistan-based freelance journalist and commentator on modern China.

Opinion articles reflect the views of their authors only, not necessarily those of China.org.cn.