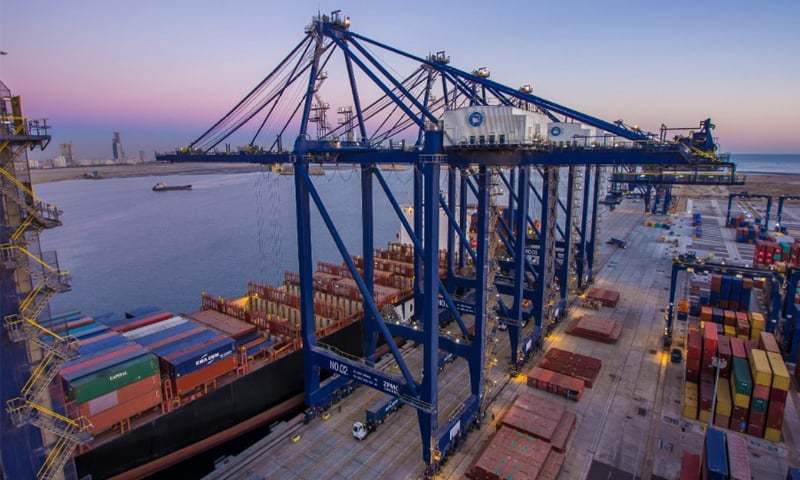 ISLAMABAD: Prime Minister Imran Khan on Friday prioritised four key areas under the China-Pakistan Economic Corridor (CPEC) for the next couple of years and ordered the groundbreaking of at least three special economic zones (SEZs) before end-June this year.

He was presiding over a meeting here to review progress on the CPEC.

Minister for Planning, Development and Reforms Makhdoom Khusro Bakhtyar briefed the participants on the outcome of the 8th CPEC Joint Cooperation Committee (JCC) meeting and progress on the projects.

The prime minister gave targets for short- to mid-term phases, focusing on cooperation in industrial, socio-economic, agriculture and Gwadar. “It was decided to make the period as a phase of industrial cooperation, socioeconomic and agriculture sector development. Timelines for the development of prioritised SEZs were finalised to ensure groundbreaking in first half of 2019,” an official statement said.

The meeting was told that four SEZs — Rashaki in Khyber Pakhtunkhwa, Dhabeji in Sindh and M-3 Faisalabad and one in Islamabad — had been planned for development in the first phase and three of them — Rashakai, Dhabeji and Faisalabad — would be ready for groundbreaking by June this year, starting with Rashakai in two to three months. However, IT SEZ in Islamabad would take more time for various reasons including but not limited to selection of its site and then land acquisition process.

The prime minister directed to make full use of upcoming visits of Chinese investors by explaining to them Pakistan’s tax policies and available facilities and speedy processing of business proposals to market SEZs aligned with its development. He desired that ease of doing business should be improved immediately so as these could be shared with the Chinese business delegations. He “directed that a timeline-based policy on provision of utilities to SEZs be prepared at the earliest”. The prime minister directed the Board of Investment’s chairman to present comprehensive recommendations within four weeks on speedy development of SEZs.

The prime minister was informed that the meeting of the newly created Joint Working Group (JWG) on agriculture would meet on Feb 15 in Beijing. It was reported that the Chinese officials had raised questions over Pakistan’s agriculture and the country’s experts wondered why an agro-based economy did not have consistent crop patterns and output predictabilities.

The prime minister directed the relevant agencies and ministries to finalise a well researched agriculture sector road map before going to the JWG meeting next month. “Don’t go unprepared” to the JWG, an official quoted the prime minister as saying.

The meeting decided to promote joint ventures in petrochemicals, iron & steel, food and agriculture. On the recommendations of the Planning Commission, the prime minister approved formation of a CPEC Business Advisory Council consisting of leading Pakistani business executives, heads of financial institutions and representatives of business chambers to create an interface with the private sector.

Mr Khan directed that that development of the corridor should continue with the priority to the development of its western route. He emphasised that infrastructure development needed a policy of pragmatism and due financial diligence and not on political considerations.

In the same spirit, a high-level committee, comprising ministers for planning, railways and finance, was formed to finalise modalities on Pakistan Railways ML-1 — the strategic project of the CPEC.

Informed sources said that some ministries had reservations over the Chinese financial and cost modelling of $8.2 billion ML-1 project — Karachi to Torkham border — and wanted some changes.

In the last month JCC meeting, the two sides had nevertheless agreed that “the project should be implemented in line with the Framework Agreement signed in May 2017”.

The prime minister directed that the development of Gwadar should be planned as a smart port city to make it a transhipment and petrochemical hub. He called upon the participants to further expedite progress on various projects under the CPEC because their early completion would bring huge socio-economic opportunities to people.

PM Khan made it clear that early completion of the CPEC projects was in Pakistan’s interest. He said Pakistan could greatly benefit from Chinese experience of bringing its people out of poverty traps and desired that poverty alleviation programmes should be based on multi-pronged schemes because BISP-like programmes could not go on forever.