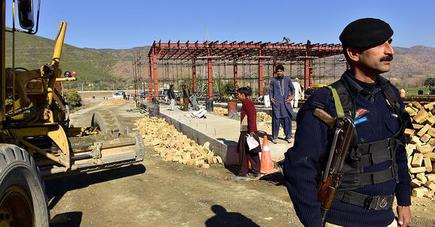 With the move, Pakistan joins the growing trend of Asian economies rejecting BRI projects. Chinese funding for BRI projects is at an interest rate that is significantly higher than soft loans from developmental organisations like the World Bank and IMF, and comes with a risk of losing ownership over ports or significant areas, as in the case of Hambantota in Sri Lanka.

A closer look at the timeline of BRI-related events in the second half of 2018 in Asia shows a growing trend of scepticism over China's flagship projects. In July 2018, Mathir Mohamma, the newly elected  Prime Minister of Malaysia, axed two oil and gas pipelines in mainland Malaysia that cost approximately $1bn each, and a $795mn pipeline linking Malacca and Johor. The $20 bn rail link connecting Malaysia’s east coast was also dropped.

The chart below shows the increase in the level of debt as a percentage of GDP after 2016, after BRI projects took off in those countries

Myanmar in August 2018 announced that it wished to scale down the Kyaukpyu port project from the planned $7.3bn to $1.3bn, citing debt concerns. The project was set up with the aim of supporting existing energy pipelines stretching from Rakhine in Myanmar to Yunan in China.

In Maldives, debt as a percentage of GDP has increased to over 70% after the BRI projects took off. The Centre for Global Development, a think tank based in Washington held that Maldives was one of the countries with a high risk of debt due to BRI projects. These concerns led to speculation that the newly elected President of Maldives was looking at doing away with some of the major BRI projects in the country.

The Rahim Yar Khan project is not the first BRI project to have been cancelled by Pakistan. In 2017, the $14bn Diamer-Bhasha dam project, a major China Pakistan Economic Corridor project under BRI, was cancelled. Since then, Pakistan is one of the countries at high risk of entering a debt trap, according to the Centre for Global Development report.

While debt is a major concern driving the rejection of BRI projects, there is another growing concern over the fact that China is pushing for coal-fired power plants on the global front while going green within its own borders.

The Rahim Yar Khan project for instance, was a coal project that the Pakistan deemed unnecessary due to sufficient power generation in the country.

Not much local employment

Further, the promise of trade and employment seems to have taken a hit, considering the discontent amongst partner countries regarding Beijing’s move of using Chinese workers over locals for the BRI projects. A report released by the United States Institute of Peace in November 2018 highlights the fact that there have been protests and growing unrest in Laos and Indonesia over the employment of Chinese workers in most of the infrastructure and development projects funded by China under the BRI.