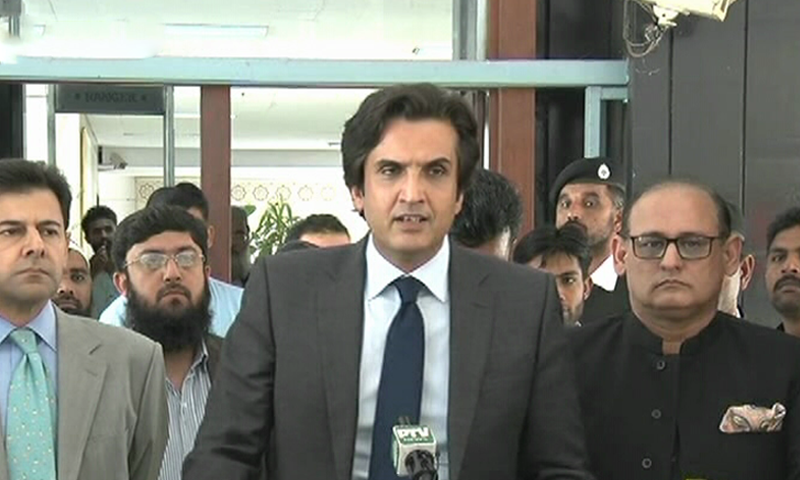 LAHORE: Pakistan has decided to widen the scope of the China-Pakistan Economic Corridor (CPEC), says Minister for Planning, Development and Reforms Khusro Bakhtiar.

Unveiling the CPEC’s new vision during a news conference here on Sunday, he said Pakistan and China had signed agreements for industrial, agriculture and socio-economic development projects under the CPEC.

He said the CPEC’s Joint Cooperation Committee (JCC) meeting in Beijing had agreed to expand the corridor project with industrial, agriculture and socio-economic developments, besides promoting the petrochemical chain, hydrocarbon sector, as well as maritime sector to tap potential.

He said that since China had $4,000 ­billion global trade, including $2,200 ­billion exports, Islamabad had urged Beijing to generate push factor by bringing its light engineering and manufacturing industry to Pakistan. “Pakistan will generate pull factor to expand manufacturing base that is shrinking for the past many years,” he added.

Lamenting that Pakistan’s exports were just around $25 billion, the planning minister asserted that his government would bring Pakistan out of the quagmire of ­economic challenges. He said the industrial cooperation with China would help relocate industry and operationalisation of four special economic zones (SEZs) in Rashakai, Dhabeji, Faisalabad and Islamabad.

He said that these four SEZs could help increase Pakistan’s exports by $6.5 billion and reduce imports by $3 billion while manufacturing the required items. “Pakistan’s trade deficit can be reduced by $9.5 billion in a matter of three years,” he said.

Asserting that Pakistan’s major challenge was to increase exports, he claimed that Pakistan imported less this year and its trade deficit decreased by 19 per cent.

Stating that agriculture constituted Pakistan’s 25pc of GDP, Mr Bakhtiar regretted the previous Pakistan Muslim League-Nawaz (PML-N) government did not make agriculture a focus point in the the CPEC project. “The PTI government has signed Agriculture Framework agreement some five years after the launch of corridor project in 2013 and its first joint working group meeting has been scheduled for next month,” he said.

Explaining ground realities, Mr Bakhtiar said China was importing beef, mutton and chicken to the tune of $7 billion, but Pakistan showed zero exports. Similarly, China is also importing fisheries products, with a minimal share from Pakistan. “In agriculture, livestock and fisheries sectors, we can gain benefit in short-term,” he said.

Regretting that the previous government had ignored Gwadar, he said the present government was finalising the Gwadar master plan. Saudi Arabia and the UAE had already shown their interests in investing around $7 billion in the petrochemical chain and hydrocarbon industry, he said, adding that coastal development would boost the country’s fisheries sector

The planning minister said that China had agreed to give a grant of $1 billion for development of education, health, irrigation and less-developed areas.

He said Prime Minister Imran Khan was focusing on poverty alleviation and in this regard the government had planned six pilot projects. The Chinese model will be adopted for poverty alleviation in the country. “The prime minister has also constituted a Poverty Alleviation Coordina­tion Council to launch interventions and meet people’s basic needs,” he added.

He said Pakistan wanted to upgrade railways (ML-1) from Peshawar to Karachi, expedite work on western corridor and Quetta-Zhob connectivity. “Pakistan plans projects on a build-operate-transfer basis so that they become self-sustainable and viable,” he added.

In the power sector, he said the government would be focusing more on generating cheap electricity than going after expensive solutions.

In order to propel the pace of development and growth, he said the JCC had been proposed to meet twice, while working groups meet thrice a year. In order to remove secrecy regime, he said, the prime minister had finalised the constitution of a Business Advisory Council.