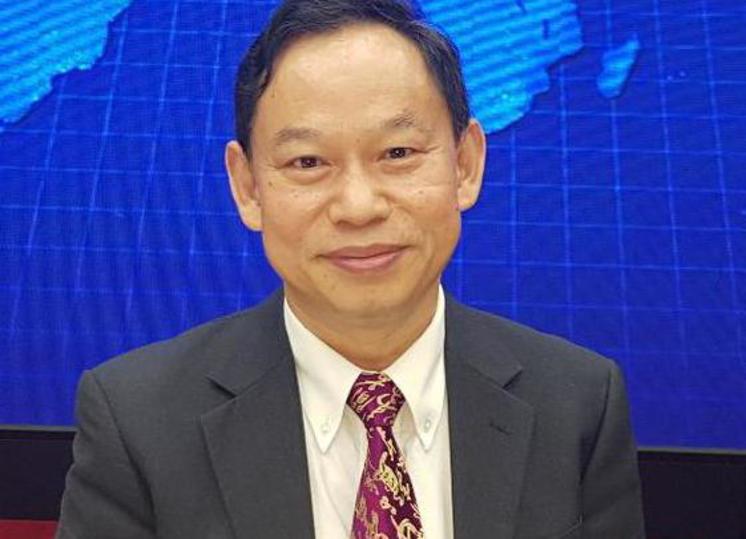 Today, the Embassy of the People’s Republic of China in Nigeria holds a Forum to discuss the Belt and Road Initiative and Production Capacity Cooperation between China and Nigeria. On the sidelines of this discussion forum, the Chinese community in Nigeria is also celebrating the Lunar New Year in China. Our main focus in this column is on the issue to be discussed by the Forum: the Belt and Road Initiative (BRI). It is to serve as a prolegomena to the seminar.

Three factors are noteworthy in understanding the subject. First, it is a project initiated under the Xi Jinping administration and first made public in Kazakhstan in September and in Indonesia in October 2013 as a geo-political and geo-economico development strategy meant to be implemented at the plurilateral level to begin with. In this regard, it was simply referred to as OBOR until 2016 when the name was changed to allow for global involvement and to give it a more multilateral framework. Emphasis was no longer placed on the use of ‘One.’ Emphasis was simply placed on the development of infrastructure and injection of fresh investments in various countries of the world.

As explicated in 2016 by Kuik, the BRI is a connectivity of systems and mechanisms. It is ‘to construct a unified large market and make full use of both international and domestic markets, through cultural exchange and integration, to enhance mutual understanding and trust of member nations, ending up in an innovative pattern with capital inflows, talent pool, and technology database.’

Muhammad Khalil Khan et al consider the BRI as a ‘cornucopia of international projects that offer mammoth opportunities for more economic cooperation and deeper regional integration primarily among emerging economies.’. They posit further that, ‘in essence, BRI is a critical tool for peaceful development that is resulting in massive investments in infrastructure, that is facilitating economic development and that is promoting shared governance’ (vide their “China’s Belt and Road Initiative: A Global Model for an Evolving Approach to Sustainable Regional Development” in Sustainability, 2018, Volume 10, Issue 11, pp. 4234 et s). Thus, the beauty of the BRI is its aspect of quest for peaceful development, shared governance, win-win cooperation model, shared globalisation, communities of interests, and shared future.

Without doubt, the BRI has its own aspect of international politicisation. Some observers have said that the Chinese government is seeking to increase its share of global influence if not global dominance. The position of the Chinese government is that it wants to ‘enhance regional connectivity and embrace a brighter future.’ China, in the eyes of its Foreign Minister, is also emphasising equality of sovereignty.

From the perspective of the Americans, the BRI is a failure that the Washingtonian authority should not copy. As explicated in foreign policy.com, ‘many Americans fear that the Belt and Road Initiative is an extension of efforts by the Chinese Communist Party (CPP) to undermine the security and economic architecture of the international order. China’s growing largesse, they worry, comes largely at the expense of international institutions and American influence.’
And perhaps more interestingly, in fear of the emerging global leadership of the Chinese, in a meeting of the Asia-Pacific Economic Cooperation (APEC), Australia, Japan and the United States announced the establishment of their own ‘trilateral investment initiative to help meet infrastructure needs in the Indo-Pacific.’ Besides, the US-China Economic and Security Review Commission has also advised the Congress to create an additional fund ‘to provide additional bilateral assistance for countries that are a target of or vulnerable to Chinese economic or diplomatic pressure.
Additionally, foreignpolicy.com also has it that, ‘by buying into the flawed idea that barrels of money are all that is needed to solve complex geopolitical problems, China has committed a colossal error.’ Thus, when Xi Jinping is happily talking about a ‘community of common destiny, ‘national rejuvenation,’ a ‘unique role for China to play,’ etc, the Americans do not see any big deal about them.

There is nothing wrong in the position of the Americans, for reasons of psychology of human differences and there is nothing wrong in China’s pursuit of regional connectivity which is nothing more than regional integration in another sense. Regional integration has been generally accepted as a model to fast track global development. It was on this basis that the Economic Community of West African States (ECOWAS) was established in 1975. It was also on this basis that Africa was divided into five regions in order to enhance rapid development (vide the 1991 Abuja Treaty Establishing the African Economic Community).
The truth of the matter is that the Chinese think differently. In their thinking, the Chinese, the need for development in their immediate neighbourhood, hence a plurilateral approach, is required in the maintenance of regional and global peace and security. This is the context under which the explanation and understanding of the BRI should be located.

The second point of note is the nature of the goals pursued: policy coordination, facilities connectivity, unimpeded trade, financial integration, and people-to-people bonds. Whoever is talking about coordination of policies, integration and people-to-people relationships is necessarily also talking about shared attitudinal disposition to all questions dealing with the BRI

In fact, the position of the Americans is strengthened by the challenges of funding of the six economic corridors, three of which have only been funded in the past five years. The factor of hostility in some countries, such as in Sri Lanka, where the Sri Lankan security forces and Buddhist monks clashed during a protest in the Southern port city of Hambantota over the creation of an industrial zone for Chinese investments on the island on January 7, 2017, constitutes another important consideration. Above all is the perception of the BRI as a debt-trap for some participating countries. True, many countries are already heavily indebted to China on project loans. More loans are seen as a trap to deepen dependence on China.
In spite of the American perceptions, the truth of the matter is well revealed in a recent survey carried out by a Singapore-based think-tank and involving 1,008 respondents in 10 Members States of the Association of Southeast Asian Nations (ASEAN). It was found out that ‘some 73% of the respondents believe that China has more political and strategic influence in the region than the United States.’ However, some 73% of the respondents want their governments to be ‘cautious in negotiating BRI projects to avoid getting into sustainable financial debts to China.’ This view is strong in Malaysia, Thailand and Philippines.

Consequently, the BRI is not simply a geo-strategic development framework, but also one which has the great potential to open-up China to the world in terms of new superpower politics in which China is underscoring cooperation that is open and mutually benefiting for all the participating countries. The principle is basically adoption of joint approach to the definition and evolvement of policies, joint implementation of policies, joint resolution of issues of misunderstanding, and joint sharing of benefits. This joint approach to doing things is largely defined by the recognition that all Member States of the international community are sovereign and equal, at least, from the perspective of international law.

In this regard, the strategy is to have Asia, Europe and Africa connected along five routes. Within the framework of the Silk Road Economic Belt, the first route is the linkage of China to Europe through Central Asia and Russia. The second is to connect China with the Middle East through Central Asia. The third is to connect China, South East Asia, South Asia, and the Indian Ocean. The fourth and fifth routes, which are the Belt or maritime routes, are the linkage of China with Europe through the South China Sea and the Indian Ocean for the fourth route, and the connection of China with the South Pacific Ocean through the South China Sea.