* Designer says she figured that in order to connect to an international clientele, she could use her design elements but had to adhere to simplified Western silhouettes 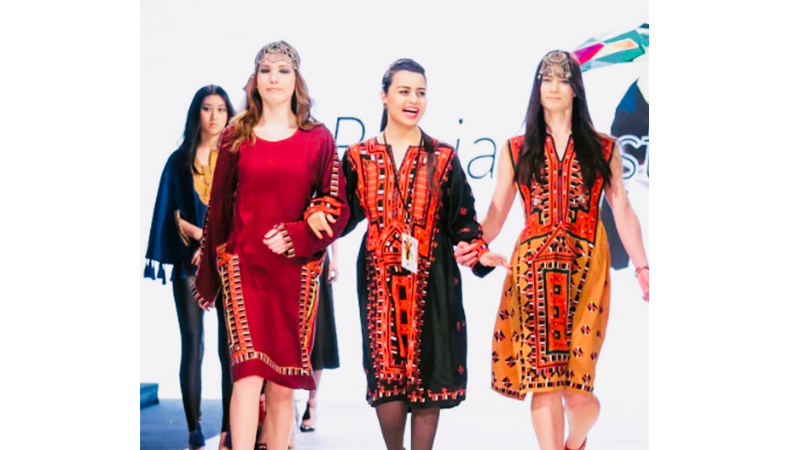 Bollywood bigwigs Alia Bhatt, Kangana Renaut and Shabana Azmi have been seen wearing it and it is Vancouver Fashion Week’s (VFW) turn to parade it on its coveted platform. The prestigious fashion week will be held from March 18-24, 2019.

The Balochi dress, or frock, as it is sometimes called, inspired designer Rabia Dastagir.

“I organically gravitated towards my own roots,” she said.

But she realised that while the Baloch ‘Doch’ embroidery and designs would attract international customers, the local silhouettes might not appeal to them.

“I figured that in order to connect to the clientele, I can use my design elements but I have to adhere to simplified Western silhouettes, so the outfits remain wearable,” she added.

Rabia Dastagir claims she now has clients from not just the North American market but from Sweden to Australia. “There is a general curiosity. They want to learn more about the culture and technique.”

Indeed, Doch or the needle and thread work on a Balochi dress takes months to complete.

“Some designs are so intricate and difficult that they take almost six months,” says Dost Muhammad Danish, the co-owner of Meer Deal that exports Balochi dresses from Pakistan.

Rabia Dastagir claims she now has clients from not just the North American market but from Sweden to Australia. ‘There is a general curiosity. They want to learn more about the culture and technique,’ she says

There was a time the embroidery had to be done on a specific thick fabric. But now the work has adjusted to cotton and silk. According to Dost Muhammad Danish, when they saw some Europeans and Indian celebrities wearing them, the craftspeople in Pakistan made some adjustments to their designs.

“Now the Balochi embroidery is done on relatively slimmer dresses and it looks really good,” he said.

None of this comes cheap. A single dress could cost up to Rs 70,000. Not everyone is willing to fork out this much money. For such customers, Muhammad Danish has a solution – Pushkis or short kurtis.

He recommends people check out the t-shirts and shirts with light Balochi embroidery which go for around Rs 2,500.

VFW is a fashion week in Vancouver, British Columbia, Canada that is currently run by Jamal Abdourahman. The event is seven days long each season and held twice a year. VFW was established in 2001. 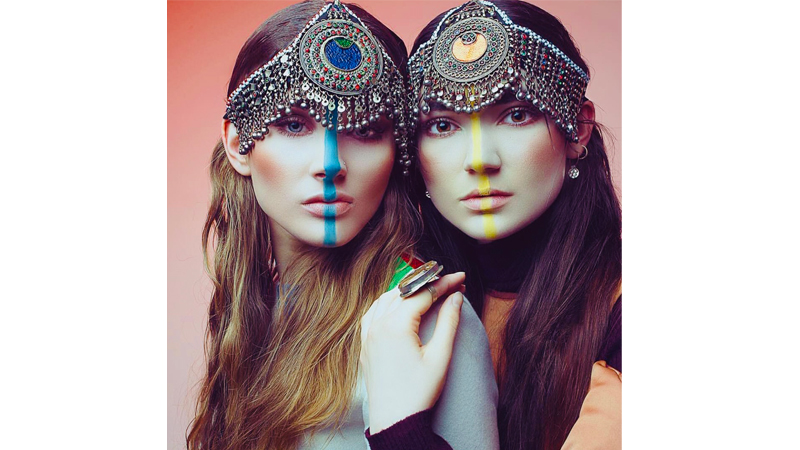 Since 2014, the Nancy Mak Award has been presented at VFW, a scholarship recognising up-and-coming British Columbia based designers that have a “strong creative vision”, a solid business plan, and a desire to expand either their design knowledge or brand’s reach. Awarded once a year, the scholarship is named in honour of Nancy Mak, an active member of the fashion industry and a major supporter of VFW during her life.

Vancouver Kids Fashion Week (VKFW) was established in September 2016. The two-day event takes place during VFW. VKFW has partnered with BC Children’s Hospital Foundation donating a portion of ticket sales to the foundation.

Global Fashion Collective, an expansion of VFW, is a platform specialising in supporting creative designers by establishing their presence around the world.

Since 2018, VFW has been producing a digital magazine Micro Macro Magazine, a contemporary design and culture platform.