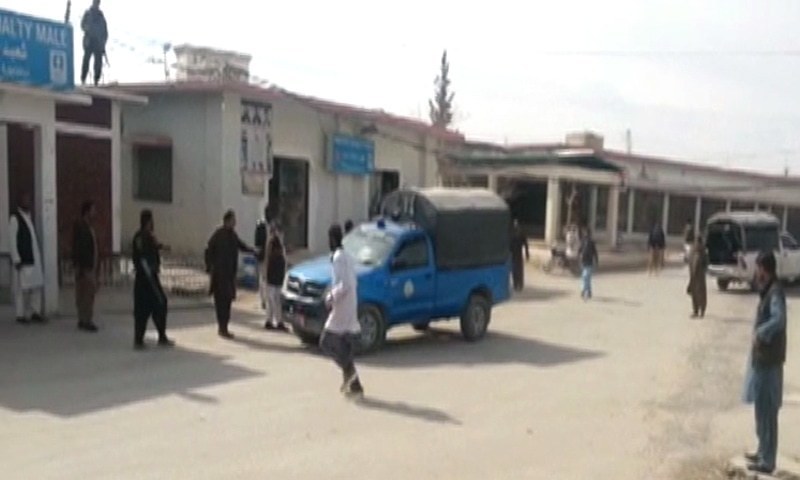 Security officials are seen outside a hospital where the bodies and injured were brought. — DawnNewsTV

Nine individuals, including eight police staff and a civilian, died in a gun and suicide attack on the office of the deputy inspector general of police in Balochistan's Loralai district on Tuesday.

At least 21 others also sustained injuries in the attack including 12 policemen and nine civilians, a statement issued by the Inter-Services Public Relations (ISPR) said. All three attackers were killed.

The dead included three police constables, two gardeners, one washerman, one cook, a 'Class IV' police employee as well as one civilian, as per an information report issued by the provincial police.

According to ISPR, three armed suicide bombers had attempted to enter the DIG police complex in the afternoon when nearly 800 candidates were present in the compound for enrollment in Balochistan police. 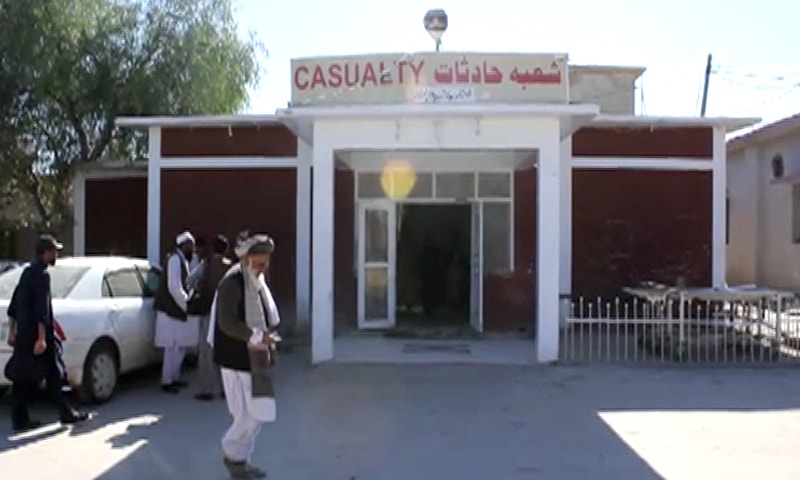 A view of a medical facility where the injured were taken. — DawnNewsTV

The policemen deployed at the entrance responded by shooting at one of the three attackers, who blew himself up.

The other two attackers took refuge in one of the side rooms and opened indiscriminate fire, the military's media wing said.

Frontier Corps (FC) Balochistan and army troops were then called in who ensured the safe evacuation of around 800 candidates.

During a subsequent clearance operation inside the police complex, the remaining two suicide bombers were shot dead and the area was declared clear.

The injured were shifted to the Combined Military Hospital, Quetta via Pakistan Army helicopters.

Inspector General Butt had earlier confirmed the attack and said that a recruitment test for police clerks was the target of the assault. The office was initially fired on, which was followed by an explosion, he said. 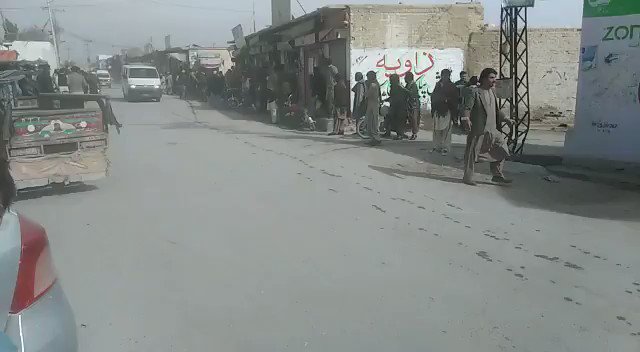 Medical Superintendent of Loralai Civil Hospital Dr Faheem Kakar had earlier said that of the 17 injured brought to the hospital, two civilians were in critical condition and were shifted to CMH.

On Jan 1, in a similar attack in the same district, four security personnel were martyred during an exchange of fire with terrorists trying to storm the residential and administration compound inside a Frontier Corps (FC) training centre.

According to an Inter-Services Public Relations (ISPR) release, security personnel had foiled the terrorists' attempt to enter the facility. During the operation, one of the attackers had blown himself up. Later, four terrorists were killed in the clearance operation undertaken by security forces in response to the attack.