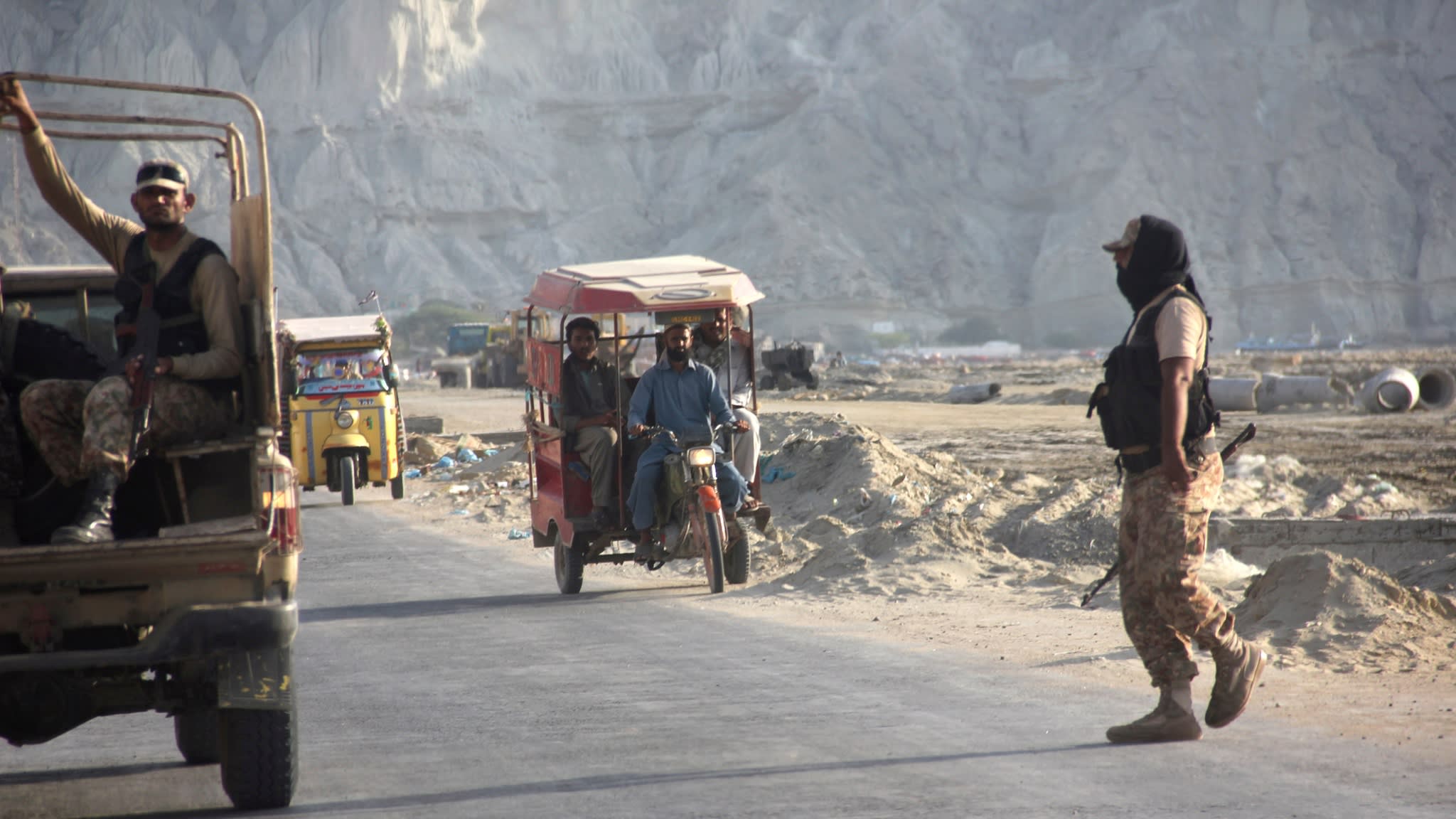 QUETTA, Pakistan -- Dissatisfaction is growing in rural Pakistan regarding $62 billion-worth of China-led infrastructure projects, as the plans are not generating equal opportunities for growth in relatively poor parts of the South Asian country.

The southern province of Balochistan has become increasingly critical of the Beijing-led projects, with the region's assembly recently adopting a resolution demanding the formation of a national commission to show that there has been an "injudicious distribution of projects and funds under the China-Pakistan Economic Corridor" -- a signature project of Chinese President Xi Jinping's Belt and Road Initiative.

The Balochistan assembly demanded the disclosure of agreements signed between Islamabad and Beijing for the development of a deep-water port in the town of Gwadar, which sits on the Arabian Sea.

The request was made against the backdrop of growing criticism about the allocation of CPEC projects in Balochistan. Earlier this month, cabinet members of the provincial government were shocked to learn that the region is only getting a meager share of the overall portfolio of CPEC projects.

Balochistan's hostility to CPEC began in November, when the region's Chief Minister Jam Kamal claimed that they were not getting a significant share of the corridor's projects.

Kamal announced the region would no longer allow the ownership of land to be transferred to foreign companies, in a bid to prevent Chinese companies from acquiring territory. "The Balochistan government will only provide land to foreign companies on lease for a specific period," he told journalists in Quetta, the provincial capital.

"Marginalized communities and impoverished regions [of Pakistan], including Balochistan, have been very vocal in their criticism about CPEC and they fear that it won't bring the benefits that its champions have claimed it will bring," said Michael Kugelman, deputy director of the Asia program at the Wilson Center research institute. Any effort to bring more accountability to CPEC projects was a good thing, given longstanding concerns about their lack of transparency, he added.

In protest against Balochistan being left out of bigger projects, Chief Minister Kamal refused to attend the 8th meeting of the Joint Coordination Committee, the top decision-making body of CPEC, which was held in Beijing on Dec. 20. Another way the regional government is expressing its dissatisfaction about CPEC is to delay projects considered important by China. The 300MW coal power project in Gwadar is one example. Located 40 km east of Gwadar Port, the power plant is planned to supply electricity to the town and the port, which currently have an intermittent electricity supply from neighboring Iran.

Balochistan's department of energy and environment objected to the start of construction of the plant, resulting in the Chinese company in charge threatening to withdraw from the project.

There are 13 energy projects in CPEC. While most of them are nearing completion, progress on the coal power projects in Gwadar has been poor, with projected costs not yet fixed.

Meanwhile, irritation is building on the Chinese side. In a meeting with Kamal in October, the Chinese ambassador to Pakistan expressed displeasure over the slow pace of government approval for the Gwadar power project. Two Balochistan officials who were present at the meeting told the Nikkei Asian Review that the ambassador confronted Kamal in a brusque manner.

Earlier in December, the regional government finally gave the go-ahead to the construction of the power plant project. "The project will be completed by 2022," said an official close to the situation. Still, this means that Chinese-funded Gwadar port will not have an adequate power supply for three more years.

Mohan Malik, professor at the Asia-Pacific Center for Security Studies at Australia's Deakin University, believes that the hostility of the Balochistan government to CPEC does not bode well for Beijing's long-term plans in South Asia. "Given the strategic importance of the Gwadar port project in the BRI, China is likely to announce some concessions to win over the provincial government," he said. Beijing can pressure the national government to announce socio-economic measures that would pacify the regional government, he added.

Still, Beijing could be dragged into political machinations at the provincial level due to the stresses and strains between national and regional governments.

Although the Balochistan government received assurances over its share of the social uplift package, the nine projects proposed by the regional government at the 8th JCC were not approved. This will have kept the province's hostility to CPEC alive, in turn making it likely that Xi's signature projects continue to face obstacles.