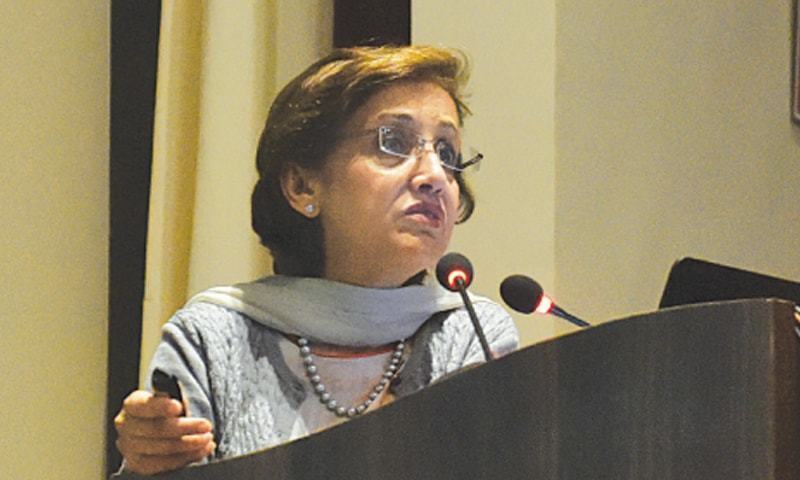 ISLAMABAD: Pakistan on Monday reaffirmed its commitment to the China-Pakistan Economic Corridor (CPEC) by pledging to complete it as a national priority.

The assurance was conveyed to the Chinese side by the Foreign Office at the inaugural round of bilateral political consultations. Foreign Secretary Tehmina Janjua led the Pakistani delegation at the meeting, while the Chinese side was headed by Vice Foreign Minister Kong Xuanyou.

“Pakistan side conveyed that CPEC is a national priority for the government and Pakistan remains committed to the successful implementation of CPEC,” the FO said in a statement on the meeting.

“The two sides also resolved to work together towards completion of the ongoing projects and agreed to expand CPEC to new areas of cooperation in line with the vision of the leadership of Pakistan,” it added.

The reiteration comes ahead of the upcoming meeting of the Joint Coordination Committee (JCC) of the CPEC in Beijing next week.

Prime Minister Imran Khan had last month paid his maiden visit to China. During the trip, which analysts say reinforced Pak-China bond, the two countries showed “complete consensus on the future trajectory of CPEC, timely completion of its ongoing projects and joint efforts for realisation of its full potential with a focus on socio-economic development, job creation and livelihoods and accelerating cooperation in industrial development, industrial parks and agriculture”.

However, there is speculation that despite the positivity exhibited during Mr Khan’s Beijing trip, the Chinese have concerns about the future of the CPEC.

Explore: Was Imran’s visit to China a failure? Yes. Here’s why

The Pakistani and Chinese delegations at their political consultations “agreed to build on the consensus developed during Mr Khan’s visit”, the FO said.

“They reaffirmed ‘all-weather strategic cooperative partnership’ between the two countries and expressed their satisfaction at the strong bilateral ties in political, economic, security, cultural and other spheres,” the statement said.

Mr Qureshi said the prime minister’s visit to China marked “a milestone in the history of bilateral relations and has deepened the bond of trust and friendship between two nations”. Reassuring the Chinese delegation about the CPEC, he said Pakistan would complete this project as envisaged by the leadership of both countries.

Mr Qureshi confirmed Pakistan’s participation in the 2nd meeting of China-Afghanistan-Pakistan foreign ministers’ trilateral mechanism to be held in Kabul on Dec 15.

Gen Bajwa underscored that Pak-China relations were all-weather and based on mutual trust and confidence. “The visiting dignitary commended the sacrifices and resilience of the people and armed forces of Pakistan and appreciated the role Pakistan Army has played in battling the scourge of terrorism,” the ISPR said.

Last month security forces had foiled a terrorist attack on the Chinese consulate in Karachi. The Chinese government had on that occasion praised Pakistani security forces for their timely action and emphasised on ensuring the safety of Chinese institutions and personnel in Pakistan.