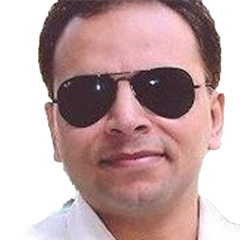 In a recently held seminar to mark the 20th death anniversary of Dr Jan van der Linden in Karachi, it was noted that humans and their relationships should be the hallmark of development process.

Dr Linden was a Dutch social scientist who carried out extensive research on Karachi’s low income settlements and produced several research papers on urban planning. His work presented the transformation and evolution of Karachi, challenged traditional development concepts including those presented by the international donor agencies.He argued that the failure of various governments to understand complex urban planning issues, such as growing population and the delivery of basic facilities, was primarily because of their lesser focus on humans and their relationships. Dr Linden’s findings are based on ‘practical wisdom’ and need to be incorporated not only in Pakistan’s urban planning but also in defining the strategic direction of large scale infrastructure projects such as the China-Pakistan Economic Corridor (CPEC).

In another conference, titled ‘21st Sustainable Development Conference’, the former Finance Minister Mr Sartaz Aziz argued that CPEC is indeed a connectivity tool among citizens, ideas, thinks tanks, and public and private sectors. Based on the findings of the seminar on Dr Linden and 21st Sustainable Development Conference, two main storylines emerge that can strategically align Pakistan’s regional connectivity direction in the post CPEC scenario: ‘humans and their relationships’ and ‘diversity of ideas’. In addition, it is important to highlight that Dr Linden’s work thematically challenges the traditional development and planning strategies of the international economic system through international donor agencies.

The International Economic System(IES) is a kind of global structure that operates the world economy. The major components of this structure largely revolve around global production, global trade, global financial flows and global flows of productive resources. As the developed countries have advantage over these components, the IES appears to be inherently “materialistic” in its approach suggesting endowments based division of labour, free flow of productive resources between countries, free trade and stable global financial system. Pakistan’s ongoing monetary woes are a kind reflection how various economic, institutional and geographical factors can put insurmountable pressure on developing countries.

Like the IES, the IPS also has a global structure governing the global production and international division of labor (IDL). The vital structures conditioning the global production system and IDL are bilateral and multilateral aid processes. The bilateral aid processes usually involve donor countries/group of countries and non-government organizations. The multilateral aid processes are generally supervised by international agencies such as the International Monetary Fund (IMF) and the World Bank. Furthermore, the Global Production System (GPS) refers to ‘which countries produce what’. It also underlies the pattern of global trade. The GPS is, therefore, the reflection of the IDL. The Marxist school of thought observes that the IPS is dominated by the developed countries where resources and flows of production activities serve the interests of these countries. Thematically, Dr Linden’s findings also float similar arguments in the context of urban planning and regional development. Pakistan’s request to the IMF for a bailout package is, accordingly, very much in line with the operational dynamics of the IES and the IPS.

The international economic organizations may, therefore, need necessary regional connectivity and economic integration so that the member countries could successfully become part of global private property-based, competitive, free market system. However, such integrations must incorporate the local and practical challenges of the member countries as reflected in the above storylines. Regional connectivity is one of the long term measures that can help Pakistan drastically increase its exports alongside ensuring a respectable economic growth rate. It has traditionally been asserted that economic growth is largely a function of investment in physical and human capital. Several factors, better termed as ‘deep determinants of economic growth’, such as infrastructure, roads, railways, technological progress, education, IT improvements, and macroeconomic balance also remain crucial for achieving economic growth and productivity. In addition, combining these factors with the earlier identified storylines require a strategic transformation towards humans, their relationships and diversity of ideas. Such a strategic combination will indeed innovate and modernize the regional products, their supply chain and regional entrepreneurship for the member countries.

In this regard, Pakistan has got two main options for regional integration. One is on its Eastern side that can meaningfully integrate the member countries of the South Asian Association for Regional Cooperation (SAARC). Addressing the 21st Sustainable Development Conference, the Federal Minister for Railways Sheikh Rasheed Ahmad invited India to join CPEC which is positive sign. However, India-Pakistan rivalry is still the biggest hurdle in this regard. On the Western and Southern sides, it can integrate with the Economic Cooperation Organization (ECO) member countries. On the Northern side, it is already connected with China through CPEC. In the post CPEC scenario, effectively connecting Pakistan with Iran and Turkey on its Western side along with regional connectivity with Afghanistan and Central Asian Republics (CARs) is a strategically crucial step. In one of our earlier articles (“Beyond Gwadar”, Daily Times, Nov 1, 2018), we discussed the proposal to connect Pakistan with Saudi city Jizan through Gwadar-Oman under water tunnel or bridge in line with the Saudi Vision 2030. Such connection should primarily focus on enhancing long term economic growth and productivity by placing specialized focus on humans, their relationships and diversity of entrepreneurial ideas among the regional population.

Following the storylines, Pakistan’s regional connectivity with the ECO countries should primarily focus on both energy and non-energy trade. It is because the Saudi Vision 2030 places greater focus on non-oil economic growth prospects by acting as a hub among Europe, Africa and Asia. In this perspective, Pakistan needs to formally harmonize its regional connection policies with the plans and strategies of the ECO countries Afghanistan, Azerbaijan, Iran, Kazakhstan, Kyrgyz Republic, Tajikistan, Turkey, Turkmenistan, and Uzbekistan in the post CPEC scenario. A similar harmony with the Saudi Vision 2030 should also be achieved. Making strategic regional connectivity with the ECO countries and Saudi Arabia through CPEC will practically make Pakistan an economic hub among Europe, Africa and Asia. It will strengthen cultural diversity and religious pluralism in Pakistan thus enhancing people to people interaction, enhancing their mutual relations, and introducing a diverse culture of entrepreneurial innovation and ideas. Regional connectivity with the ECO countries through CPEC will inherently challenge the long standing status quo on economic, social, spatial, and religious fronts.

The bi-directional approach focusing on ‘humans and their relationships’ and ‘diversity of ideas’ may prove to be ‘deep and critical determinants of long run economic growth’ for Pakistan challenging the traditional economic interests of the IES and the IPS. In the wake of these developments, Pakistan’s cultural and religious population balance may experience diversity. However, it will not be disadvantageous to Pakistan’s long term political and economic interests. Let’s be reminded that under-development is a kind of low level equilibrium trap where the paucity of resources holds up development. Pakistan needs a kind of quantum leap to prepare for the economic take-off stage in the region. Regional connectivity with the ECO countries and Saudi Arabia, through CPEC, can prove to be decisive catalytic factor in achieving long term economic growth inherently focusing on people and their relationship alongside encouraging diversity of economic, political, social and business ideas.

The writer is Additional Commissioner, FBR, holding PhD in Economic Planning from Massey University, New Zealand. The views expressed are his own. He can be reached at babarchohan21@gmail.com