China and Russia inch closer together 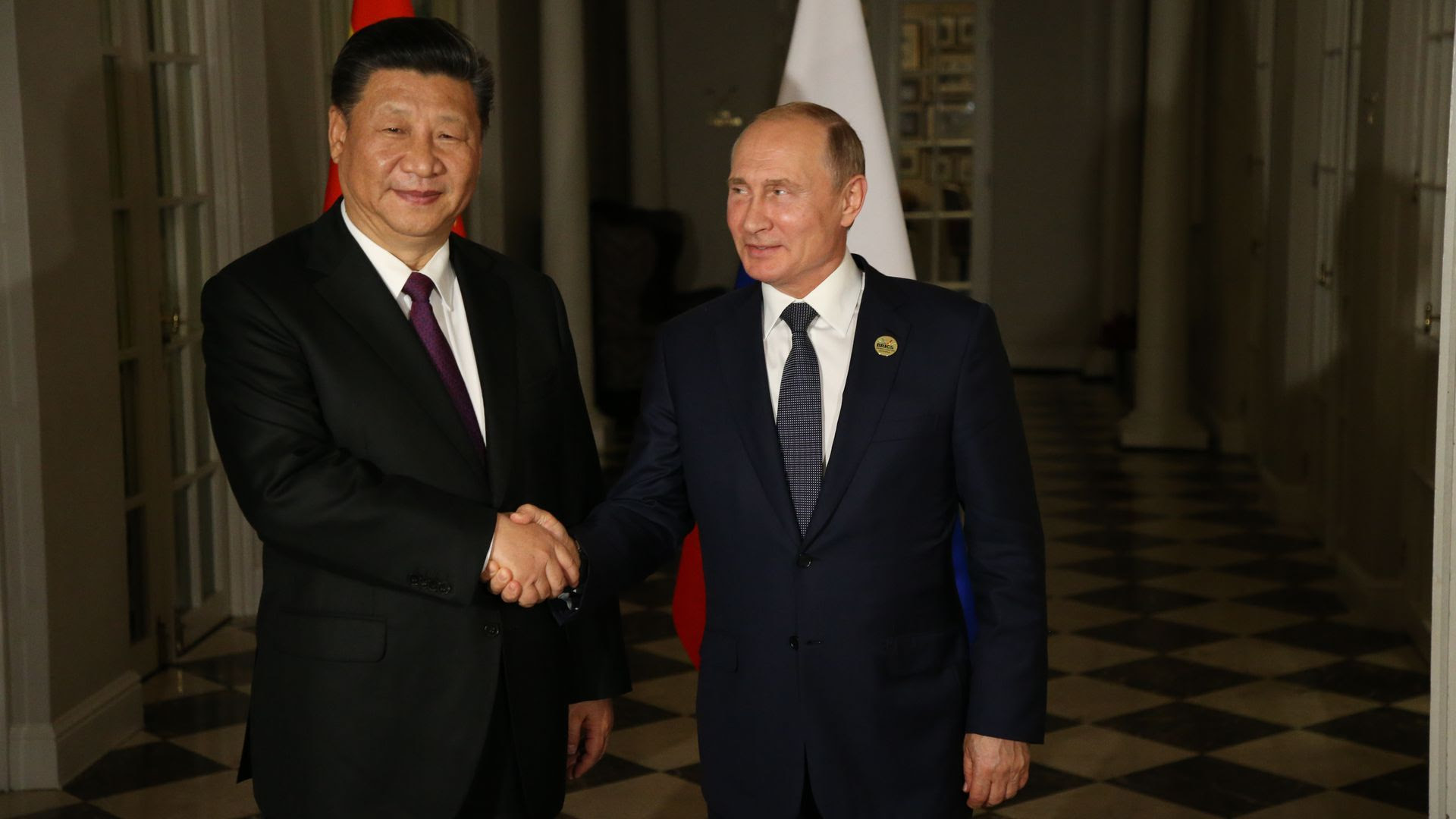 While Washington prepares for new cold wars, America’s two major rivals are warming up to one another, Axios' Dave Lawler writes.

What's happening: As mentioned in the story above, the Trump administration laid out an Africa strategy that is tied almost entirely to blocking Chinese and Russian influence.

Trump used the word “China” 20 times in a relatively brief Fox News interview.U.S. foreign policy is increasingly defined by confrontation and competition with China and with Russia.But what about the third leg of that “great power” triangle?

Between the lines: Dave sat down earlier this week with Alexander Gabuev, a China expert at Carnegie Russia, who says the two giants are moving closer together — in part as a response to an increasingly confrontational Washington.

There are "three elements of geopolitical tinder that allow Russia and China to swipe right every time," Gabuev says. They are the need for security on their 2,000-mile border, the complementary natures of their economies, and the similarities in their authoritarian approaches.Those elements provide the foundation for a relationship that is growing deeper and is characterized by the phrase, "not necessarily for each other, but never against each other."

The long-standing issues of tension — like competition for influence in Central Asia or China's copycat approach to Russian military technology — have largely been put aside, Gabuev says.

In September, China took part for the first time in Russia’s Eastern Economic Forum (EEF) and its massive Vostok war games, where Xi and Putin donned aprons and made pancakes..On Nov. 30, Putin and Xi met again at the G20 on Nov. 30, though their conversation was overshadowed by Trump’s high-stakes dinner with Xi and last-minute cancellation of his Putin meeting.

The bottom line: I asked Gabuev if there's an existential fear of a China-led world in Moscow, as there is in Washington. He said Russian officials tend to view the U.S.-led world order as "finished," but don't believe China will simply replace America, in part because Europe and Japan won't get in line behind Beijing.

In the meantime, Moscow sees U.S.-China competition working to its advantage. If Russia can keep its seat at the table as a second-tier power with a big nuclear stockpile, it can ultimately live with a Chinese superpower