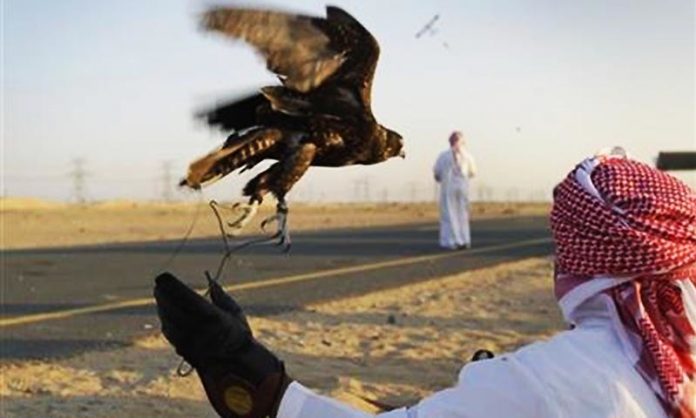 Though the Balochistan government has approved guidelines to ensure implementation of the law for the wildlife`s protection, authorities have issued a special permit to a Qatari prince, allowing him to hunt internationally protected Houbara Bustard in the province, Pakistan’s leading daily Dawn News reported.

Inhabitants of the Central Asian region, Houbara Bustards migrate to Balochistan every year in winter to avoid harsh weather conditions at home. The return to the region after winter.

Sources said that the Qatari prince had paid $100,000 before he was issued the permit for hunting the migrating birds.

Hunting parties are set a limit of 100 birds in a maximum period of 10 days, but they often exceed their quota.

According to the policy, they cannot use shotguns and other inflammatory weapons, but can hunt Houbara Bustard with the help of falcons.

A wildlife department official confirmed that the Qatari prince had given $100,000 to the provincial government for hunting migratory birds in Balochistan.