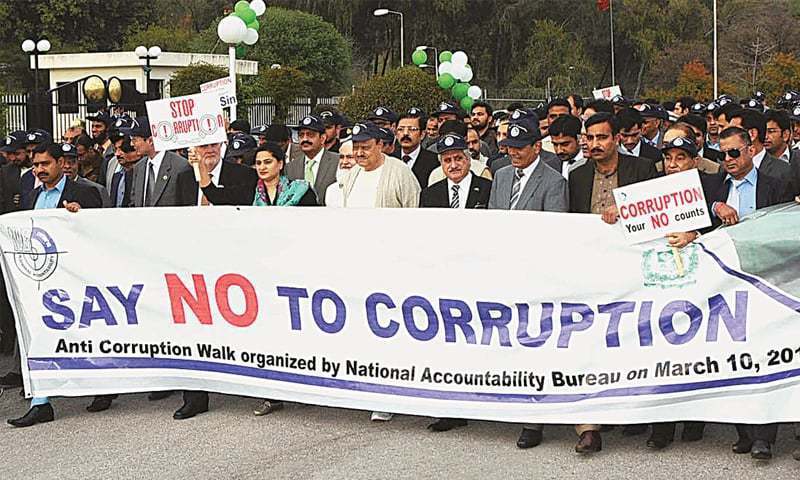 QUETTA: The Anti-Corruption Establishment Balochistan has organised programmes in connection with the United Nations International Anti-Corruption week across the province.

The programmes, including an awareness campaign about the negative impact of corruption on society, walks, seminars and debates, were organised at the anti-graft watchdog’s headquarters in Quetta and divisional offices in other cities, including Kalat, Sibi, Zhob and Nasirabad.

Chief Minister Jam Kamal Khan Alyani recently said reforms would be introduced in the Anti-Corruption Establishment for making it more effective. He applauded the robust action of the department in a case related to a dysfunctional incinerator in the Bolan Medical College.