The Right to Speak: Discourse and Chinese Power

Feature | The Right to Speak: Discourse and Chinese Power
By Elsa Kania 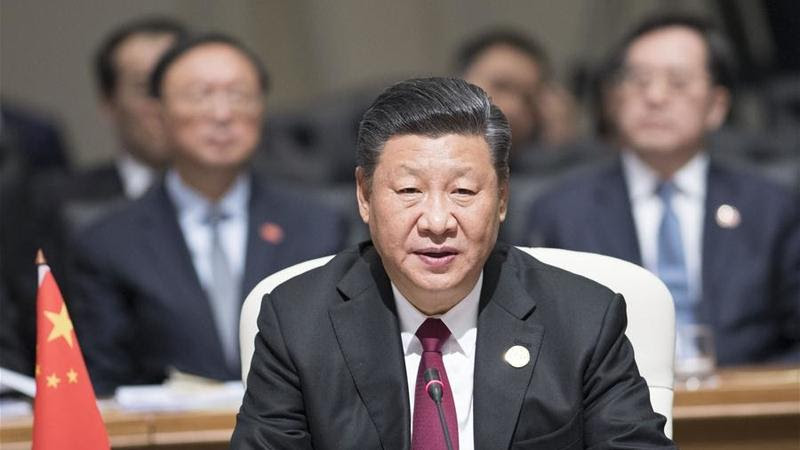 In his remarks at the 19th Party Congress, Xi Jinping articulated the objective of building China into "a global leader in terms of composite national strength and international influence." In practice, that influence is increasingly exercised to reshape—and sometimes challenge—aspects of the current system. Under Xi Jinping’s leadership, Deng Xiaoping’s principle of China "hiding its capabilities and biding its time" (韬光养晦) has been jettisoned in favor of a new focus on "striving for achievement" (奋发有为).

China’s exercise of power has been enabled by not only the hard power of its economic and military capabilities but also attempts to increase its "soft power" (软实力). Since 2007, when Hu Jintao initially emphasized the importance of increasing the soft power of Chinese culture to, comprehensive national power (综合国力), China has embarked upon a global "charm offensive" to enhance its soft power, which quickly emerged as "the most potent weapon in Beijing’s foreign policy arsenal" by some assessments.

Beijing’s state-driven and often heavy-handed attempts to generate and exercise soft power has particularly concentrated on expanding the reach of its media and propaganda. By some estimates, China has invested perhaps upwards of $10 billion a year in this endeavor. In the aggregate, Beijing’s efforts have been since criticized as a new model of “authoritarian influence,” characterized as “sharp power,” which tends to be bullying or coercive in practice. At the same time, the Chinese Communist Party’s influence and interference through united front work have provoked increased concerns.

In this quest for influence, a significant, yet often unexamined, dimension of China’s approach has involved the pursuit of a "right to speak" or "discourse power" (话语权, huayuquan). Namely, China is aiming to elevate its national capability to influence global values, governance, and even day-to-day discussions on the world stage, which Beijing believes should be commensurate with its economic and military might.

At first glance, discourse power might be roughly analogized as "soft power with Chinese characteristics." It is not entirely inconsistent with Joseph Nye’s definition of soft power as a force that "co-opts people rather than coerces them" based on the “ability to shape the preferences of others” through attraction. However, huayuquan can also be characterized as a distinct feature of Chinese foreign policy and global influence.

Despite extensive consideration of huayuquan in the Chinese social science literature, there have been only limited analyses that consider this concept to date. Of note, in English-language literature, the notion of discursive power has a unique lineage and distinct but relevantmeaning. For instance, discursive power has been characterized as the generation of effects by means of the "mobilization" of particular discourses, including historical narratives and channels of communication. However, the notion of discourse power as conceptualized and operationalized by China’s party-state requires closer consideration.

Consistently, Xi Jinping has called for China not only to redouble its efforts to increase soft power but also to contest “discourse power.” Xi has highlighted the importance of "telling a good China story" and leveraging propaganda to “spread China’s voice (中国声音) well.” At a Party symposium on public opinion work in February 2016, Xi Jinping emphasized the necessity of China’s "constructing an external discourse system" and “enhancing its discourse power internationally.” The active promotion of the "China model," openly framed as a way to counter the "hegemony of universal values," has corresponded with a revamping and attempted modernization of Chinese external propaganda (国外宣传) for a digital age, including experimentation with content intended to be more creative and "innovative." The impetus for pursuing increases in these capabilities might be characterized as "defensive" and assertive.

That is, the party-state’s motivation for enhancing these "capabilities" is not only to counter the so-called "China threat theory" (中国威胁论) but also to enable China to exercise influence that is commensurate with its power. In practice, this process has involved the construction of concepts, such as an attempted redefinition of the notion of human rights, with the intention of countering prevalent "Western" ideas and values that are perceived as a threat to the Beijing, while also legitimating the Chinese Communist Party's (CPP) policies and ideology.

What is discourse power precisely? The years of scholarship on discourse power in China vary greatlyin interpretations of this concept, including as merely a "right to speak" (i.e., to "have a say"); a de facto "power discourse," correlated directly with national strength; involving "power of the media" requiring its internationalization; a facet of soft power, involving values and culture. In a detailed analysis of the concept, one Chinese scholar identifies continuities in this concept with the approach of the CCP dating back to its establishment in 1921.

While China does often differentiate between internal and external propaganda (外宣), it is worth noting that the boundaries between domestic and international discourses can be quite amorphous in practice. For instance, while Xi Jinping’s advancement of the "China Dream" (中国梦) can be characterized as ideology intended primarily for domestic consumption and legitimation, its promotion and the advancement of the "China model" (中国模式) are also clearly aimed at a global audience. In practice, the pursuit of discourse power seems to involve not simply an abstract notion of influence but also a pragmatic capability to alter the structure and architecture of the current order, to change the status quo towards a system that is more consistent with China’s national interests.

For example, the Chinese government’s promotion of norms and guiding concepts for cyberspace appears to reflect an effort to enhance China’s "global cyber discourse power." Indeed, in a Politburo study session on the topic, Xi Jinping emphasized the importance of "accelerating the promotion of China’s global discourse power and rule-making in cyberspace," while calling for the construction of China as a "powerful cyber nation" or "cyber superpower" (网络强国). Often, ongoing efforts to develop rules and norms for cyberspace are often characterized by Chinese scholars as a "game" among great powers, involving "fierce competition."

This quest for discourse power in shaping the emergence of the new order in cyberspace is seen as an "unprecedented opportunity for China" to promote its national interests in a new domain. As a symposium on the topic highlighted, "China’s position in the game to set the global rules of cyberspace relates to its status and rights in the future global order of cyberspace," thus directly impacting its economic development, social stability, and national security in this new domain. Chinese scholars and experts have argued that China "should not be satisfied with general participation" in the formation of global rules for cyberspace, but rather should "lead substantively" in guiding and influencing the development or rules in ways that "truly reflect and safeguard national interests."

It is also worth noting that huayuquan is salient as an element of Chinese military’s strategic thinking. For instance, discourse power involves the use of information, belief, and mentality (信息一信仰一心智), implying the capability to control the narrative in a military contingency, as described in The Science of Military Strategy, an authoritative textbook published by the PLA Academy of Military Science in 2013. The contestation of huayuquan requires "the integrated employment" of public opinion warfare, legal warfare, and psychological warfare, known as the three warfares (三种战法), to be undertaken across peace and wartime, according to this text, based on such principles as public opinion control (舆论控制) and legal restriction (法律制约).

These three warfare operations are intended to be complementary and mutually reinforcing in future wars or in political and diplomatic struggles, thus acting as a force multiplier to material capabilities. The undertaking of the three warfares is seen as critical to increasing the PLA’s own "soft power" and contributing to its success in future warfare, particularly through weakening the adversary’s "will to fight" (战斗意志), from the perspective of defense academics from the PLA’s National Defense University. Perhaps unsurprisingly, there are parallels between discourse power as discussed in CCP writings and in such PLA texts.

This focus on discourse power highlights that the CCP and PLA recognize the power of narrative as a means to achieve advantage relative to a rival or adversary through reshaping the information environment in ways that have real-world impact. China’s efforts to advance soft power, and by extension discourse power may confront significant limitations, even provoking backlash in some cases. However, it is clear that the potential impact of such attempts to reshape the narrative and change the conversation should not be discounted, given the apparent impacts from seemingly constraining discussion on Xinjiang, to reshaping narratives on human rights, and even the popularization of "One Belt, One Road" with international audiences. At times, this contestation of discourse is also undertaken in conjunction with more material approaches to influence.

Elsa B. Kania is an Adjunct Fellow with the Technology and National Security Program at the Center for a New American Security, where she focuses on Chinese defense innovation and emerging technologies, particularly artificial intelligence. She is also an independent analyst, consultant, and co-founder of the China Cyber and Intelligence Studies Institute (CCISI). Her prior professional experience includes working at the Department of Defense, the Long Term Strategy Group, FireEye, Inc., and the Carnegie-Tsinghua Center for Global Policy. Elsa is a graduate of Harvard College, where her thesis on the evolution of the PLA’s strategic thinking on information warfare was awarded the James Gordon Bennett Prize. Elsa was a Boren Scholar in Beijing, China, and she is fluent in Mandarin Chinese.