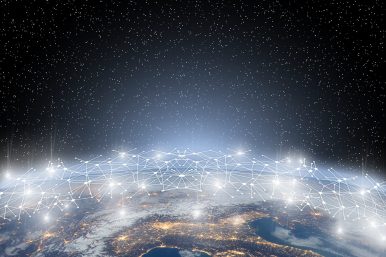 China is making technological inroads into South Asia that will have long-lasting repercussions for India.

The concept of digital connectivity in the Belt and Road Initiative in the last few years has been moving forward, but is less noticed by international observers than high-profile physical infrastructure projects like ports and railways. Nevertheless, building capabilities in emerging technologies appears to have taken off in parallel to the broader BRI agenda.

Currently, China has the highest numberof AI-related academic papers and more than a fifth of the world’s artificial intelligence patents. Chinese homegrown companies like Baidu and Tencent are now consistently producing research output that rivals that of Google. According to the Next Generation Artificial Intelligence Development Plan, AI will create entirely new sectors of the economy, which are estimated to be worth 150 billion Chinese yuan ($21.6 billion) by 2030. It was also recently reported that China plans to build a $2.1 billion technology park dedicated to developing AI near Beijing. China sees AI as a core technology which is vital to its economic growth in the coming years, leading to a wave of investments in research and development as well as talent acquisition.

China’s telecommunications market is also set for further expansion as 5G technologies set to become the backbone of China’s digital economy. Already, the number of 4G subscribers exceeded 1.11 billion as in July 2018 out of China’s estimated 1.3 billion people. China Mobile, China Unicom, and China Telecom, the three state-owned telecommunication companies, are planning to invest approximately $180 billion in creating 5G infrastructure over a seven-year period. With 5G technologies being crucial for the realization of future projects in areas such as smart cities, Internet of Things, robotics, AI systems, and other such advanced technologies, China now aims to be the front-runner in the development and adoption of this technology.

Similarly, there is growth and international outreach taking place in China’s space and communications satellite industry. Recently, on August 25, 2018, China Aerospace Science and Technology Corporation launched two more BeiDou satellites, marking its 23rd launch of the year. The State Council Information Office is also promoting BeiDou’s use in wide ranging operations, including power transmission and transportation. On the international front, China plans to expand BeiDou’s coverage to most of the countries covered in its BRI initiative by 2018, while it aims to achieve global coverage by 2020.

On the receiving end, these have spurred South Asia’s interest in wanting to work with China’s technological capabilities to a large extent. Under the China-Pakistan Economic Corridor plan for Pakistan’s Digital Future, both sides pledged to work on an upgraded fiber optic network to improve bilateral communications. In early 2018, Pakistan also began to replace its use of the United States Global Positioning System (GPS) satellite navigation with BeiDou. Nepal has also operationalized a joint optic fiber link with China, providing the country new access routes to internet services via China. Similarly, Sri Lanka has been preparing for the Chinese navigation satellite system to set up over 10 of its Continuously Operating Reference Stations in the country since March 2017.

India, on the other hand, has yet to formulate a coherent counterstrategy to the development of China’s Digital Silk Road for the subcontinent. This is as India continues to promote its “neighborhood first” policy, most evident in its launching of the South Asia Satellite in May 2017.

Three problems could persist for India in its efforts to continue pursuing its hegemonic interest within South Asia in light of China’s technological dominance. First, India’s refusal to bundle its economic and security considerations could render China’s Digital Silk Road a more decisive and strategic channel for technology transfers than India’s South Asia Satellite. India’s neighbors could see its technology and space outreach as mere diplomacy. This is as China’s Digital Silk Road gains substantive traction in powering the economies of the various South Asian countries, while India’s technological capabilities are not as liberally shared with its neighbors.

Second, India may lose its opportunity to set the technological agenda in South Asia. India’s continued reliance on the West, particularly the United States, for its technological infrastructure and protocols, may cause a divide between India and its neighbors, who are increasingly adopting the usage of Chinese technological infrastructures. Finally, India could lose greater opportunities in trade and investment cooperation as compared to its neighbors within the region. Already, the expansion of the Digital Silk Road has enabled Chinese companies, such as China Mobile, Huawei, Alibaba, and JD, to penetrate new markets along the BRI.

As China’s BRI becomes one of the most daring attempts to re-engineer and reorganize global connectivity, it is imperative for India to remain a key player in the global and regional digital economy, evident through its integration with its neighbors in South Asia.

Chan Jia Hao is a Research Assistant at the Institute of South Asian Studies (ISAS), an autonomous research institute at the National University of Singapore (NUS). Deepakshi Rawat is a Junior Research Consultant at Pulse Lab Jakarta.

A longer version of this article was originally published here by ISAS.