While Chinese investments in Europe are rising, the topic is increasingly becoming more politically sensitive. In October 2018, Egmont Institute invited several experts to look in detail at the scope, trends and political aspects of Chinese investments in the EU as well as different perceptions of the direct investments across European regions. Is there a unified European strategy towards Chinese investments? And is there a unified Chinese strategy towards the EU? In this series, several of the invited speakers shed their light on EU-China investments. In part III: Alexandr Lagazzi, analyst at the EUROPEUM Institute for European Policy, discusses the shift of perception within the 16+1 grouping, linking China with 16 central and eastern European countries, 11 of them members of the EU.

With Trump paving the way for his protectionist agenda, the European perception of present and future EU-China cooperation seems to have changed. There is the possibility for the EU to continue to carry on the flag of free trade together with China. However, at the same time, the EU tries to remain (through FDI screening systems and WTO disputes on intellectual property rights) an overseeing auditor for Beijing investments. And for that reason, a shift of perception is to be seen especially within the 16+1 framework.

The 16+1 initiative
The 16+1 initiative, first hinted at by Xi Jinping in 2012 and then launched by China, consists of 16 Central and Eastern European countries and China. The member list is fairly heterogeneous and as follows: Albania, Bosnia and Herzegovina, Bulgaria, Croatia, China, the Czech Republic, Estonia, Hungary, Latvia, Lithuania, Macedonia, Montenegro, Poland, Romania, Serbia, Slovakia and Slovenia. Besides the 11 EU (and NATO) members [Bulgaria, Croatia, the Czech Republic, Estonia, Hungary, Latvia, Lithuania, Poland, Romania, Slovakia and Slovenia] there are EU ‘enthusiasts’ such as Latvia and Lithuania but also the rather eurosceptic Visegrad group, complemented with official candidates to EU accession from the Western Balkans and, among those, two NATO members [Albania and Montenegro]. Many of the states are former Soviet satellites, apart from three – Belarus, Moldova and Ukraine – might possibly be seen as too close to Russia’s sphere of influence in order to be included. The platform and its framework can be considered as a possible entry point for Beijing in the European market, and is often cleverly intertwined with BRI – producing multilateral agreements and memorandums of cooperation at the yearly 16+1 meetings and often focusing on investments in infrastructure.

Failure to deliver
Due to EU competences and screenings, the 16+1 framework does not fulfil its potential, disappointing any of the expectations Brussels might have had. More often than not the meetings remain inconclusive, as most of the agenda for the 11 EU members in the framework remains under EU competences. Thus, even if gathered on a more regular basis, Ministers and their respective counterparts are not delivering much actual project implementation after the summits.

Adding another layer of scrutiny and EU competence will impact the 16+1 framework, especially in terms of delivering results

With the Commission-backed and proposed FDI screening framework, the task of delivering might have become even more challenging. The screenings, forged as a shield to protect strategic sectors of especially cutting-edge technology – react to the trade imbalance of EU–China FDIs and the perceived ‘unfair’ Chinese competition. Hence, the procedure will make welcoming investments safer for the recipient EU member states. More importantly, it shall complicate the playing field for China – especially for the EU-11 within the 16+1 initiative – as the proposal is drafting a common European approach towards Chinese FDIs.

Adding another layer of scrutiny and EU competence will impact the 16+1 framework, especially in terms of delivering results. Therefore, the framework struggles to maintain the original momentum of appeal, as a growing shift of perception is to be noted in certain recipient countries. 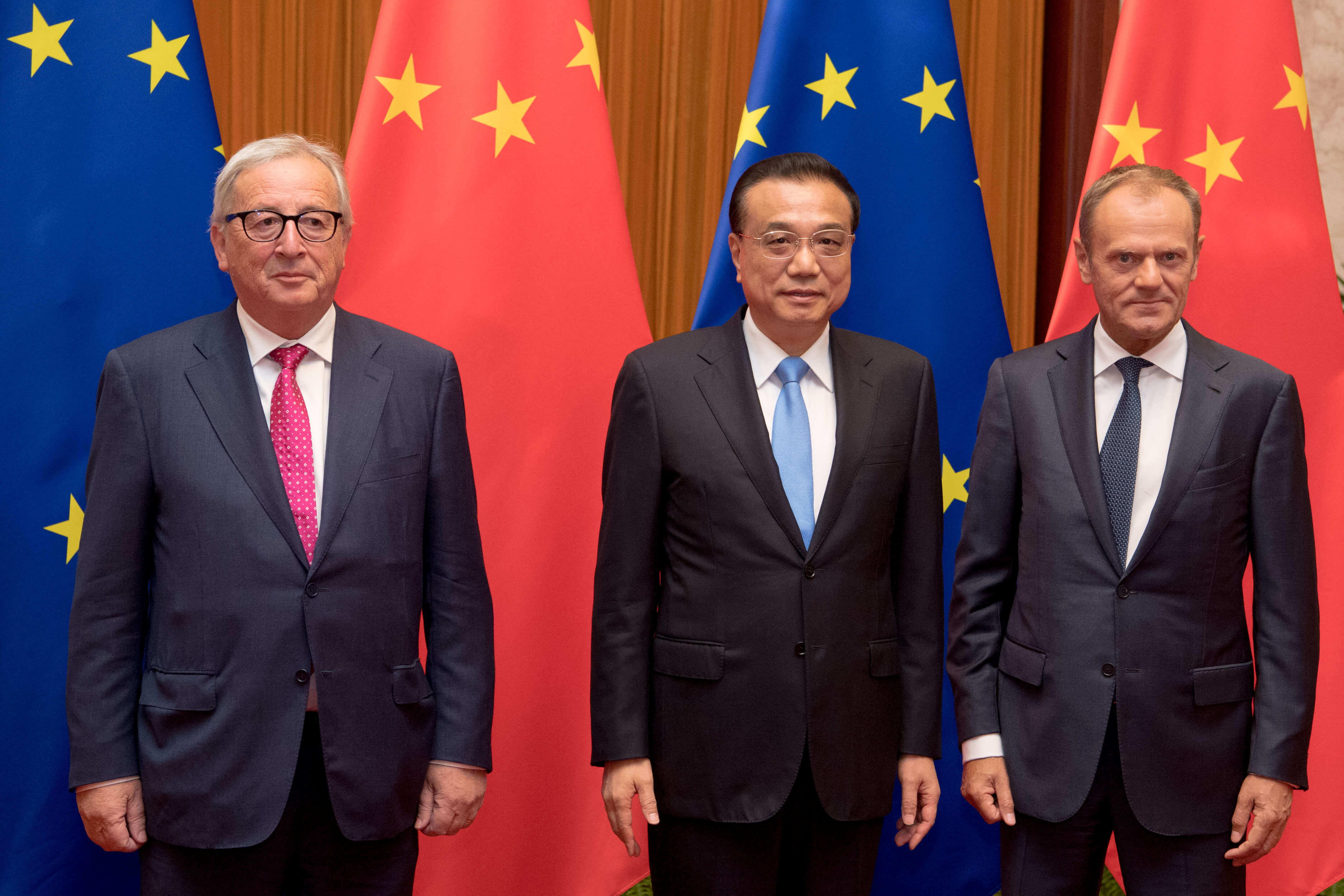 Among the Visegrad Group, the value of 16+1 (initially dubbed as the Warsaw Initiative) diminished over the lack of concrete results of the past meetings. The inability to deliver is, arguably, the root cause of the initiative’s devaluation in both political capital and the recipients’ perception. Paradoxically, it was the same perception towards EU funding that initially made Chinese resources so appealing. Chinese investments were seen as a viable counterbalance to the decreasing sources of financing.

However, since its kick-off in 2012, 16+1 generated a trade imbalance of 1 country versus the other 16, with Chinese exports growing far more steadily than imports from its other 16 counterparts.

Especially in infrastructure projects, setbacks halted implementation notably among the EU-11. There, despite the initial appeal, China has been actively discounting two main stumbling blocks that emerged in terms of delivering its promises: 1) the internal market rules and EU regulation, which cannot be omitted when closing deals; and 2) the economic importance and interdependence of the EU-11 states towards the European market – with China even often lagging behind other Asian investors in aforementioned 11 countries.

The approach of the V4
In the last 6 years, especially the V4 approach towards Chinese FDIs in respect of the 16+1 platform substantially shifted. Poland, the host of the framework’s first meeting and the member with the highest trade deficit with China, was looking at the time to diversify its sources of funding and saw in Beijing a possible new financial provider. Now, Poland counts China as ‘only’ an economic partner and speaks more critically of the platform.

The Czech Republic, which received a historic visit by Xi Jinping in 2016, cooled down its bilateral ambitions and adopted a more pragmatic approach towards 16+1, after experiencing a few not too successful Chinese acquisitions and a rather ambiguous redundancy of a local branch of the Chinese energy conglomerate CEFC’s representative. 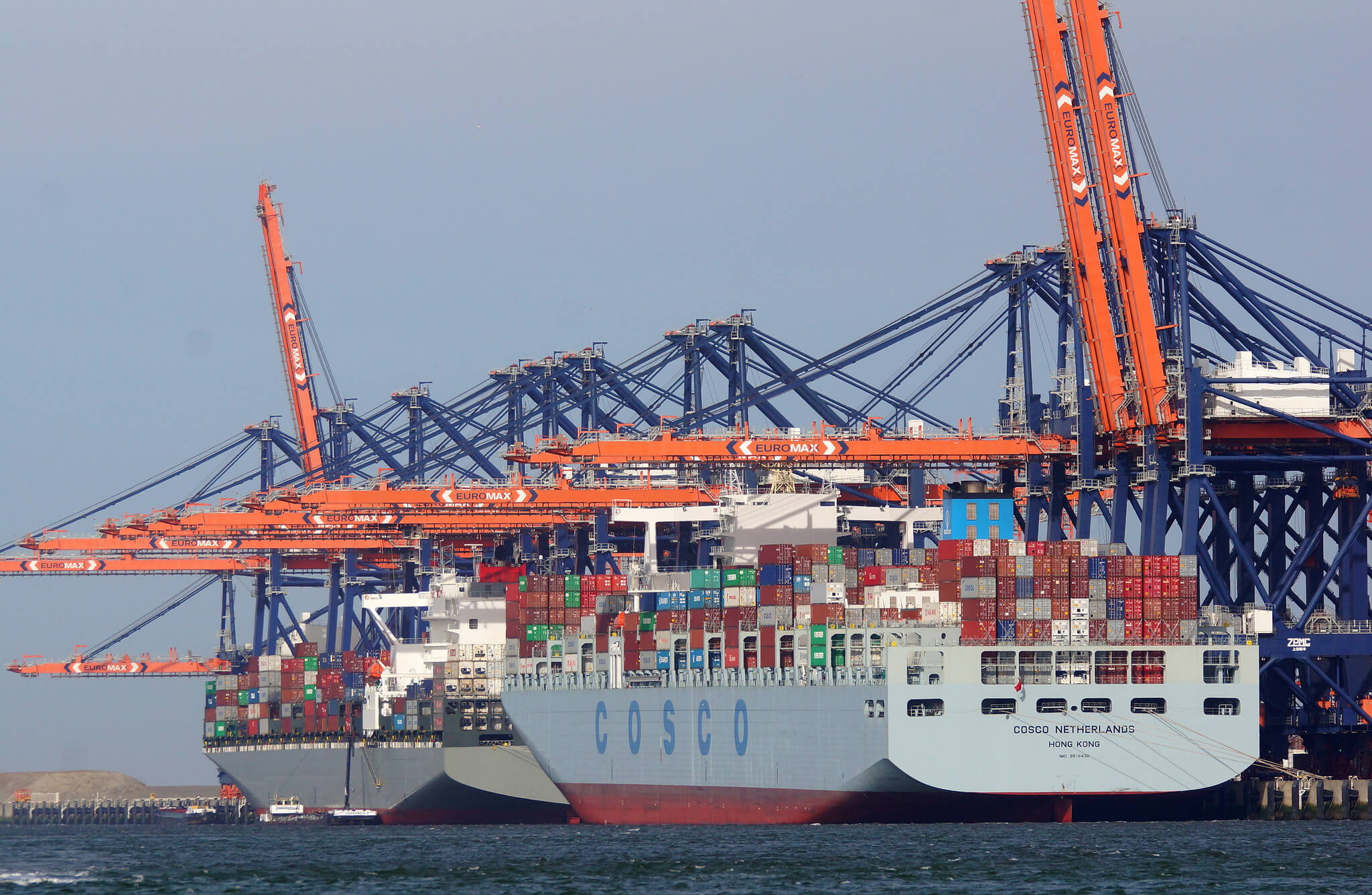 Ship of the China Ocean Shipping Company, one of the biggest Chinese investors in Europe. © Flickr / Kees Torn

An opposite approach in other countries
Overall, as 16+1’s appeal seemed to be depreciating among its V4 members, the opposite process appeared to be happening in some of the Western Balkan countries. Without direct EU regulation, countries like Serbia and Montenegro warmly welcomed Chinese investments, often aimed at infrastructure projects. There, Beijing’s influence has been rather steadily on the rise. Nonetheless, China’s lack of experience in the rather complex region might result – even if with some delay – in the same devaluation of perception and political value as it did in the V4. Chinese investments in the Western Balkans lead to an economic as well as political paradox.

Economically, the projects often aim to foster development, but under Chinese terms (and often employing Chinese companies), bypassing local business structures, and fuelling national trade imbalance with China. And as most of the funding is allocated through loans, the burden of the recipients’ indebted economy grows heavier, raising future outlook concerns. Politically (in the long term), China might be seeking to gain direct allies at the future-enlarged negotiating table in Brussels. But as its investments might be welcomed nowadays in the Western Balkans as an alternative to EU funding, they come short of the Union’s standards – and derail the recipients’ path(s) towards EU membership.

An alternative to the EU?
However, the vision of such an alternative to the EU was (and sometimes still is) a common feature also among the now-disappointed CEECs. For them, the platform can be used as a bargaining tool within EU negotiations and up competitiveness among the region ­– a voice made stronger given with the pioneers of the platform all being euro-sceptics: the Czech Republic, Hungary, Poland and Serbia.

Thus, for China, 16+1 remains a strategic format with which it can increase its political influence, i.e. through economic tools by pushing forward BRI. And it is safe to assume that the framework – despite its setbacks – is not to be abandoned just yet. A line of communication with Beijing is successfully established among 16 counterparts, and China would not risk for the platform to lose face.

Ultimately, the appeal of the framework has faded thanks to the lack of outcomes fuelled by the expectation-raising Chinese rhetoric. Short-term and mostly economic plans of the 16 recipients did not materialize within the long-term (and perhaps more political) vision of China. However, a breath of fresh air came at the Sofia summit in May 2018 [1], where the frustration over lacking results translated into slight criticism. For the EU-11, the platform has to voice a common approach towards investment activities, especially with the proposed FDI screenings. For the Western Balkans, 16+1 cannot go against the process of enlargement and its criteria, but should rather endorse this process and support the initiative that backs it, the Berlin Process.[2]

Conclusively, for all the 16 participants, their role in the platform will be beneficial if in line with their respective most important partner – the EU. The 16+1 platform can enhance opportunities on both bi- and multi-lateral levels, but only by adhering to the Union’s standards will the recipients be able to channel and benefit from Chinese investments. In other words, 16+1 needs to shift from being an alternative to becoming a full-fledged complement of the framework of EU–Chinese relations.

1.The Berlin Process is a diplomatic and civil society initiative for the enlargement of the Western Balkans. The participating think-tanks and civil society organizations come together in a series of summits each year. For more information, see http://wb-csf.eu/about/ 2.European Council, ‘EU-Western Balkans summit in Sofia, 17/05/2018’