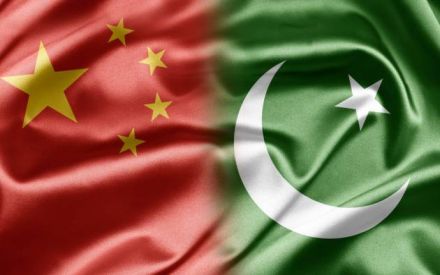 Pakistan has received assurance from China of getting $6 billion loan: Reports

Killing of seven people in a daring terrorist attack on the Chinese consulate is the first of its type in Pakistan in recent past. Since the mid-1990s, however, this is the fourth attack on diplomatic missions in Pakistan. The last attack was on the Danish Embassy in 2008. In the killing field of Pakistan, such incidents show that even diplomatic missions are not safe from attack by terrorists in the country. However, in the case of attack on the Chinese consulate, the Balochistan Liberation Army (BLA), a banned militant organisation with its bases in Pakistan and Afghanistan, has claimed responsibility for the act.

The militant group, fighting against the Pakistani Government for its discriminatory attitude and exploitation of Balochistan’s natural resources, is deeply against the $62 billion China-Pakistan Economic Corridor. The China-led project is seen by the group which sources most of its members from Pakistan’s Marri and Bugti tribes, as part of Beijing’s expansionist design.

It fears that Pakistan’s Gwadar Port to which China will link its Xinjiang province’s Kashgar city, will be used as a base for the People Liberation Army’s Navy. In May this year, 11 people working for the construction of road under the CPEC project were gunned down in Gwadar. And in June 2017, two Chinese nationals were killed by ISIS in Balochistan.

Nonetheless, for Pakistan, the attack on the Chinese consulate has come at its worst time. It has taken place when Pakistan, staring at financial crisis, is seeking help from Beijing to avert its balance of payment problem. Pakistan Prime Minister Imran Khan’s recent visit to China was in keeping with his objective to get loans from Beijing.

According to media reports, Pakistan has received assurance from China of getting $6 billion loan. But the same has not yet been revealed by the Chinese leadership so far. It is in this situation, suicide bombers carried out their dastardly act by storming the consulate in Karachi, Pakistan’s largest city and financial capital.

Even if the incident may not cloud Pakistan-China relations, it is felt that worried China may compel Pakistan to provide more security cover to its men and financial interests. For cash-starved Pakistan, putting up more men to protect Chinese interests means pumping in huge amount of money by withdrawing from its exchequer. That means money intended for development, education, health and other social causes in Pakistan may be diverted towards meeting objectives of providing security to China’s human and financial interests in the country.

But since there is nothing like foolproof security, Pakistan’s militant organisations could hardly be reigned-in completely from undertaking terrorist acts. In that case hard-pressed China, which has made Pakistan heavily indebted with its money, will have two options: Either to withdraw from the multi-billion CPEC project or send its army to protect it.

In neither case, however, China will be able to save its skin. The CPEC project which is part of Chinese President Xi Jinping’s 2013 launched Belt and Road Initiative (BRI), has already sucked in more than $10 billion Chinese money. Facing liquidity crisis, withdrawal from the project at this stage, will be suicidal for President Jinping as he will not be spared by his rivals and old guards from the Chinese Communist Party.

Since the arrival of Jinping at the top of China’s power structure, several senior CPC leaders have been silenced, while old guards like former Presidents Jiang Zemin, Hu Jintao and ex-Prime Minister Wen Jiabao are cooling their heels in some remote areas of the country. They are waiting for an opportunity when they would question the leadership of the incumbent President, who has managed to amend the party’s constitution to stay in power for life term.

President Xi Jinping too wouldn't be able to send Chinese troops to Pakistan to provide security to the CPEC project. If he does so, it may send alarm bell ringing across the world and suspicion being raised over BRI that it is a front for China to become global military ruler may get confirmed. For Pakistan itself, it would not be a happy proposition to welcome Chinese troops on its land. If it does so, local people may raise hue and cry over the sovereignty issue, which may turn indefensible for Islamabad to explain its situation.

Yet, there are some media reports which suggest that China is going to raise three divisions of its PLA to guard the Chinese interests in Pakistan. A few months ago, the Indian Army spotted the presence of PLA officials at the forward posts opposite the Nowgam sector in North Kashmir. Last year, India had registered its protest against the presence of Chinese troops in Gilgit and Baltistan, an area of PoK. Local Kashmiris in PoK and people in Balochistan have also raised banner of revolt against Chinese troops’ presence.

The Free Balochistan Movement (FBM) has been campaigning against Chinese presence in Balochistan across national capitals of European countries, America and Canada. The statement released by the BLA after the attack on the Chinese consulate in Karachi expresses clearly about discontent against China. “The objective of this attack is clear: We will not tolerate any Chinese military expansionist endeavour on Baloch soil,” the BLA said in its release, giving sufficient indication that enough is enough for Baloch.