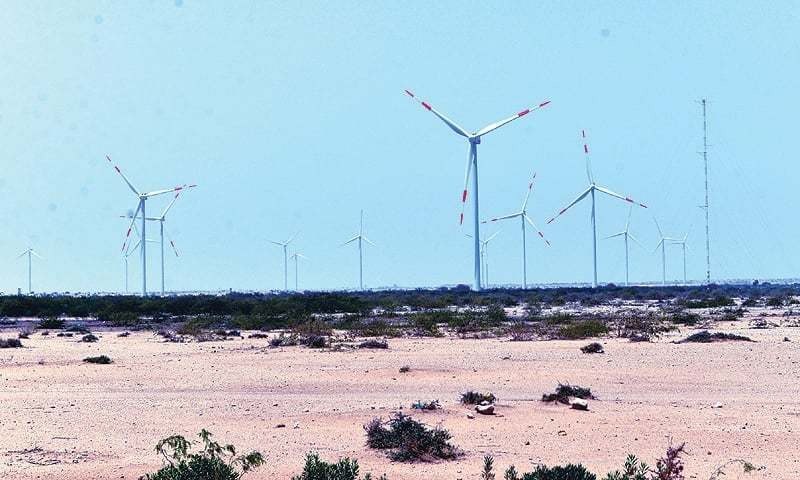 In the energy sector, six projects valuing at $4.5bn are currently in operation with payments due from this fiscal year. The total electricity produced from three wind, two-coal and one solar project is 3,839.5MW.

ISLAMABAD: Ahead of the new government, bureaucrats are busy in working out details for a bailout package especially for repayments of instalments of operational projects under the China-Pakistan Economic Corridor in 2018-19.

The blueprint mostly identifies a string of measures to cater to supply-side arrangements of foreign exchange in a period of five years — 2018-2023.

The issue gained importance nationally and internationally after Washington’s recent warning to the International Monetary Fund in discussing the bailout package with Pakistan on the plea that there is “no rationale to bail out Chinese bondholder or China itself”.

Initial working shows that nearly $47 billion worth contracts have been signed for CPEC. Out of this, $22bn projects have achieved financial close by the end of PML-N government.

In the same category, six energy projects valuing at $4.5bn are in operation, producing power and its payments are due from the current fiscal year. The total electricity produced from three wind, two-coal based and one solar project is 3,839.5MW.

But the repayment of these and others projects will spread over a period of 25-30 years, paid twice a year. It is estimated the six-month instalments in CPEC projects would amount to a maximum of $71.5m in the short term.

Sources in the prime minister secretariat told Dawn the repayments can even be negotiated in the Chinese renminbi. The repayments start from the time when the projects come under operation, the source said.

No projects have reached completion in the area of road, rail, mass transit, PSDP/SPEC and Gwadar till date, the sources said.

As per an alternative plan to pay off the already borrowed money, several proposals are being considered and suggested to the new government.

CPEC will not become a ‘corridor’ unless the Gwadar-Kashgar oil pipeline is constructed with a foreign direct investment of around $10bn with almost $1bn of rental every year. The tourist cities outsourced to international developers are programmed to bring in about $20bn, the sources added.

It was also suggested that the new government renegotiate the remaining component of CPEC, which is about $28bn from loans to FDI.

The last city to be built from scratch in Pakistan was Islamabad, starting in 1960. The city has now grown to a population of nearly 1.5m in 55 years.

Companies like Walt Disney can develop Gwadar and Kumrat, according to the people in PM house who are building this plan for the incoming government, whereas DHA, Bahria Town and others can develop Kallar Kahar and Chattar Plain on build, own, operate and transfer basis, they say.

In order to build another 4m homes, 20 new satellite cities will have to be created around each economic hub, they argue. Each will be at a distance of 40-60km connected with high speed rail and road network to facilitate the workforce living out of major towns yet remaining connected to their workplace.